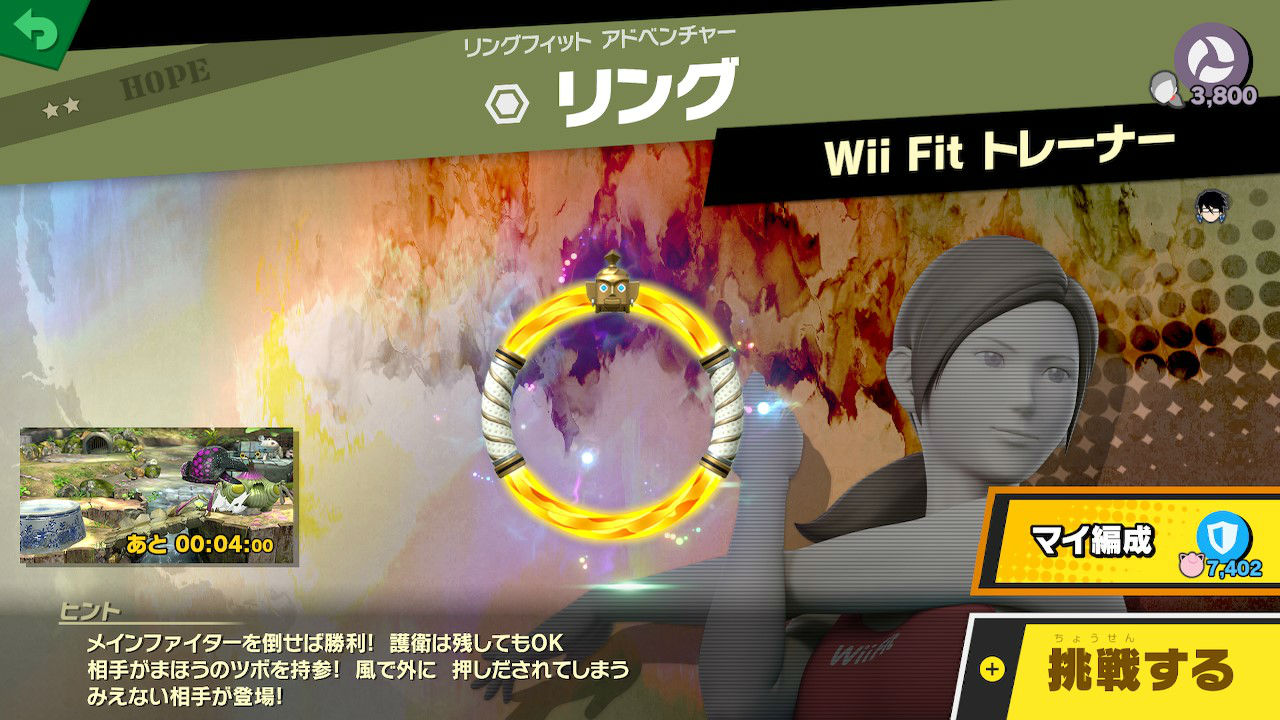 Nintendo is once again holding an event for Smash Ultimate this week, and it heralds in new spirits.

The publisher seems to be selling Ring Fit Adventure copies like hot cakes (especially in Japan), and that hard work is paying off in the form of a crossover event. The spirits that are part of the event include the titular “Ring” character (an anthropomorphic ring that talks to you and guides you on your quest), the two heroes (you have a choice of gender at the start) and the evil Dragaux, the game’s main villain.

As usual, it’ll be held this weekend, starting Friday and running five days. SP boosts will also be baked into the event.