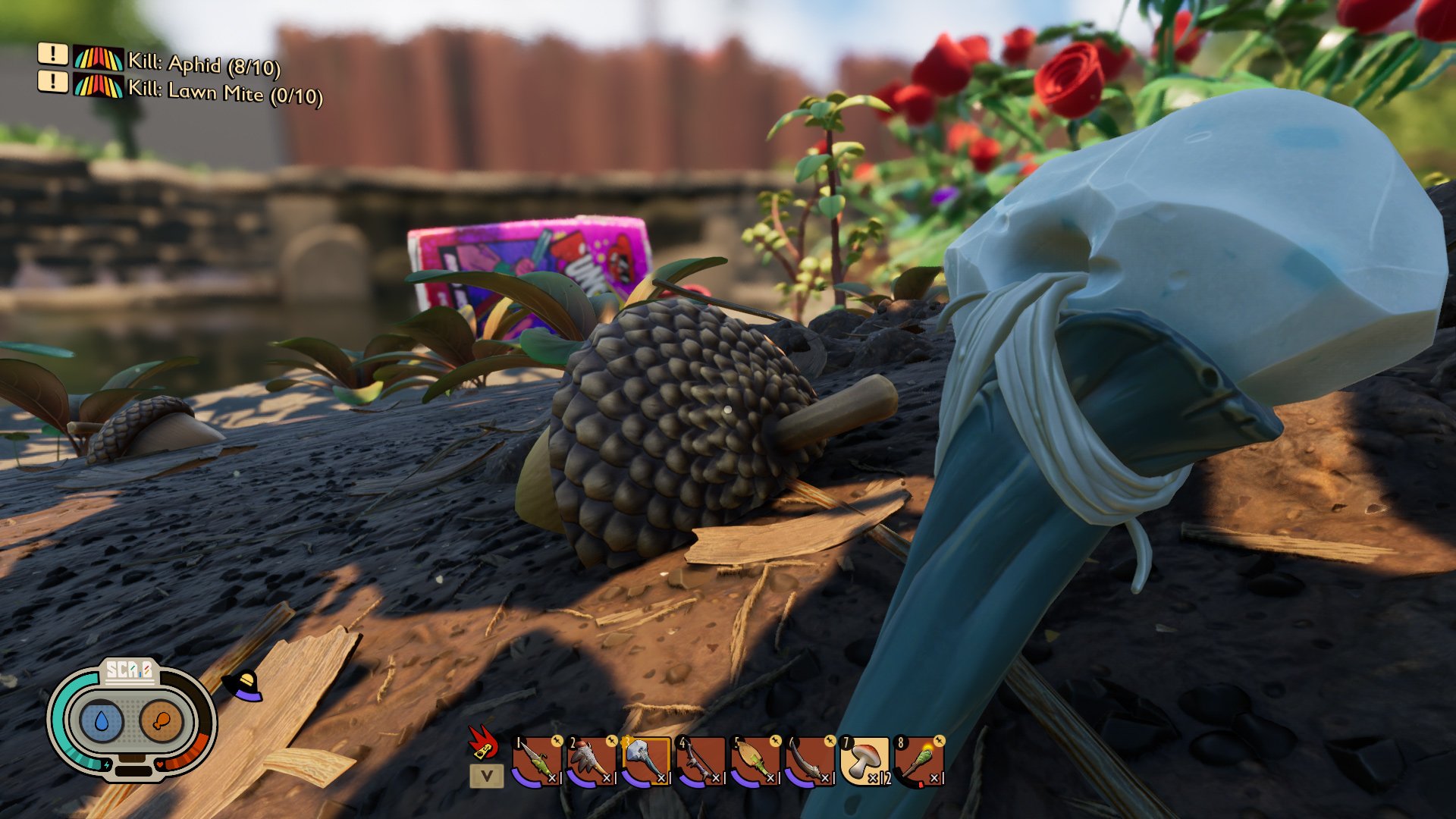 Since we checked in with Grounded, Obsidian has been busy. Before we wage a war on bees and try not to cower at the sight of a gargantuan koi fish darting around the pond, the studio has another patch this week – version 0.1.2 – to address a pesky issue with certain resources not appearing like they should.

Specifically, “Mushroom Gardens, Dew Collectors, Acorns, and other resources” weren’t “respawning after their initial spawns” in some instances. Considering they’re used to help top up your teen’s hunger and thirst meters – and those meters can quickly dwindle if you’re not vigilant – that’s a big deal.

Building off a prior Grounded update that stopped infinite larva swarms from coming to destroy players’ bases, this week’s patch will actively remove “excess larva from games that still had large numbers of larva” roaming the land. Other than that, expect fixes for crashes and other frustrating loose ends.

As for content updates, Obsidian plans to have a monthly update schedule starting August 27. I’ve been looking for excuses to drop other games and get back to my miniaturized backyard adventures.

Patch 0.1.2 will be Released Soon [Obsidian]