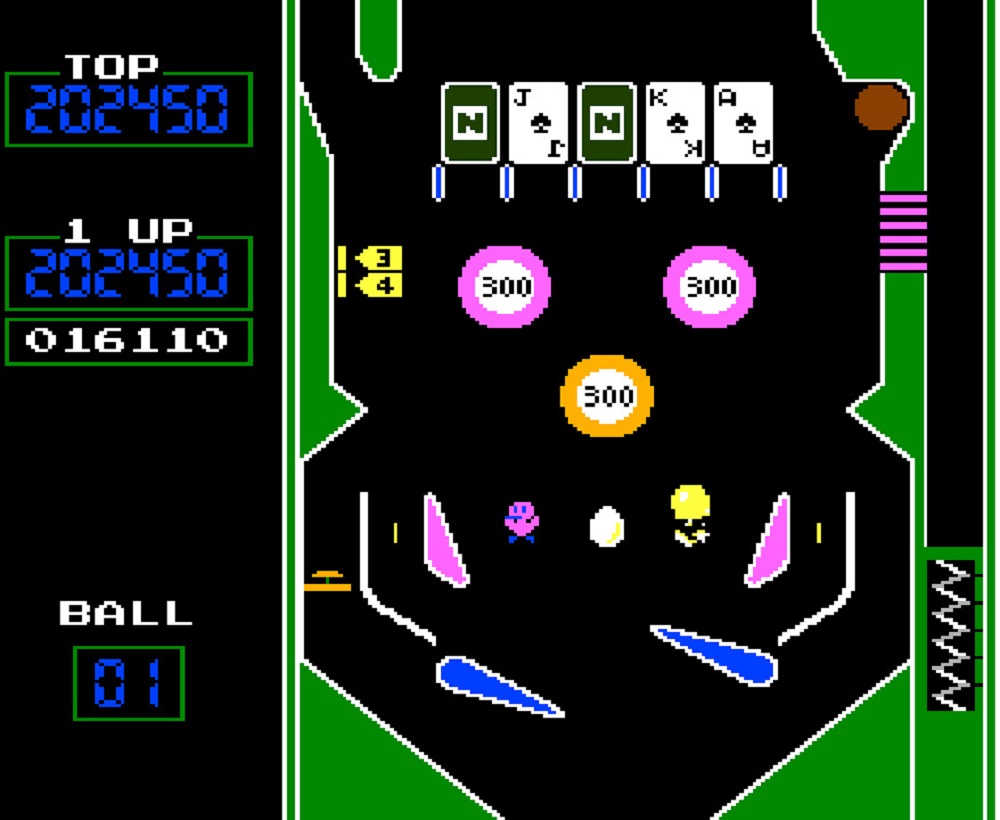 From Soho down to Brighton…

Retro game publisher Hamster continue to reach out for titles from the NES VS. range for its weekly Arcade Archive releases, as this week’s offering sees the return of NES launch title Pinball, now available to download on Nintendo Switch.

Pinball released for the NES and the arcade VS. system in 1983 and is one of the earliest and most rudimentary examples of digital pinball. The playfield is represented by two screens, and players must score points and rack up bonuses whilst keeping the ball in play. Occasionally, the action transitions to a Breakout-style bonus stage, which also features cameos from Nintendo stars Mario and Pauline.

While I’m obviously not going to rail on Pinball for its simplicity – it was ’83, after all – I’m not sure about including the Nintendo VS. library as filler for the Arcade Archive range, not to mention charging the same eight bucks as it does for Neo Geo releases such as Samurai Shodown II or Metal Slug 3, or arcade titles such as Double Dragon and The Ninja Warriors.

It’s been a bit of a lean month for Hamster fans, with only Water Ski, Pinball and VS. Gradius hitting the store, though we did also get the pretty rad XMULTIPLY. Hopefully September will bring with it some more exciting titles.

Pinball is available to download now on Nintendo Switch.