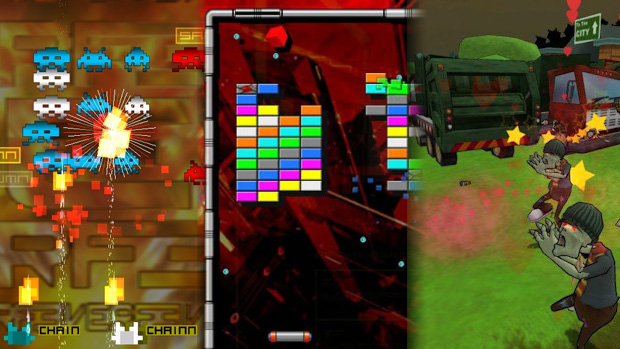 Sorry about the total vagueness of the headline, but there’s a strict character limit and with Space Invaders Extreme, Zombie Wranglers, and Arkanoid Live! all hitting Xbox LIVE Arcade on Wednesday of this week, there’s was absolutely no way I could cram so much info in.

The good news, however, is that all three games are only going to cost 800 Microsoft Points each. Can you dig it? Arkanoid Live! appears to be the same old classic content in an HD package, but with a few additions like online functionality.

Another Taito game, Space Invaders Extreme, is easily the leader of the pack. If I didn’t already own the PSP version, I’d be all over this port. Last but not least there’s Zombie Wranglers, which isn’t my cup of tea per se, but looks to be a decent, cooperative-based zombie action game.