This week’s game setup belongs to free touch. He has a ton games, toys, custom made works and a Resident Evil clock. I want that clock. Check out more pictures of free touche’s setup on his C Blog.

The unofficial IRC is officially on Destructoid unofficially, The Blur blogs from Japan, Y0j1mb0 examines the C Blogs and Forums, Cowzilla3 is a liar, pendelton21 is creepy, and plenty more happened this past week in the community.

Something epic happened in IRC. I don’t really know what, as it was too long so I didn’t read it.

But hey, speaking of the IRC, the unofficial Dtoid IRC is now officially a part of Destructoid. It’s still unofficial so if anyone in IRC makes you cry, well, tough luck cupcake.

New Dtoider WowItzMike wows us with his piano playing skills. Check out the above video as he plays some music from Mega Man 9 and his other blog where he plays some Cave Story music.

pendelton21 made some Christmas themed Mr. Destructoid perler beads. They’re on sale and will be perfect for your Christmas tree for a month until you throw the tree away and repeat the harmful cycle Christmas has on our environment. 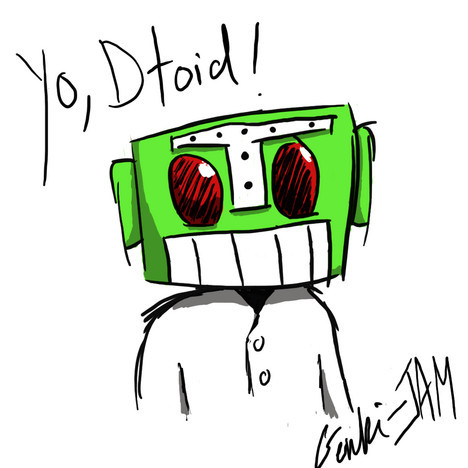 Genki-JAM got a new Wacom and gave us his thoughts on how it feels. He also drew Mr. Destructoid.

Rockvillian made a sweet Left 4 Dead wallpaper. GO DOWNLOAD IT!

The Blur has had a series of blogs this past week all detailing his trip in Japan. He’s seen a ton of stuff, meet Suda 51, and shows off all things Japanese.

popmonkey shared a couple more pieces of artwork with us this past week and both pieces were of Pac-Man done in old fashion Japanese style.

Y0j1mb0 had a really good blog up recently examining the C Blogs and Forums. If anything, it really showed me what people like best about both methods of communication and you will see improvements coming. Just hang in there, you know we’ll do you all right.

Cowzilla3 and Nick Chester were both on some Internet show, but I don’t see them. Cowzilla3 is a dirty liar. 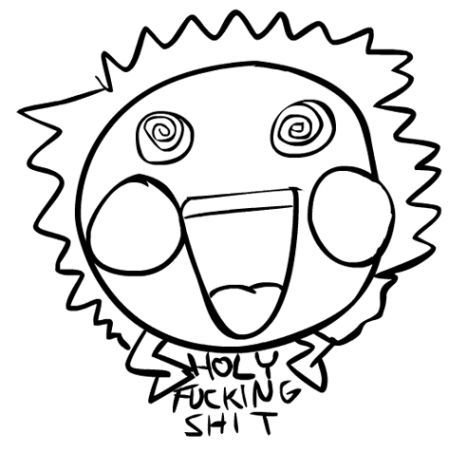 Skribble is working on a beat-em-up! It’s nowhere near finished, so in the mean time, check out his amazing artwork.

The O likes Mega Man on his crotch.

free touch has made another … incredible custom Xbox 360 faceplate.

Cowzilla3’s lie came back to haunt him. His back is now broken.

Samit Sarkar is a paper clip.

I’m glad pendelton21 enjoyed his free swag, but I’m really embarrassed by the arm hair thing. Seriously, now I have to include arm hairs in every package I send.

Highlights end this week with Mikey again and his awesome art. Be sure to catch his blogs as he’ll pick one random suggestion from the comments to draw.

Happy birthday wishes go out to:

Filed under... #Best of the Network#Destructoid Originals