Today’s gaming setup belongs to ecresto and his giant collection of stuff. He has over 1500 games and 47 unique systems and handhelds. Yes, unique as it looks like he collects special edition versions of systems too. Just look at all of those Xbox 360 boxes! He also has various videogame related action figures and really loves 2Pac. Check out the rest of ecresto’s giant collection over on his C Blog.

Jestarinc made a sweet Dtoid stencil, a new NARP shirt is in the works, DtoidSanFrancisco is working on a NARP later this month, thepelkuslives wants to start up a Seattle NARP group, The GHost and Snaileb have returned and plenty more happened this past week in the Community.

The week in the community begins with old man Y0j1mb0 fondly reflecting at a full year of Destructoid and recalls how much the site has evolved since he has been with us.

There were a couple of long time Dtoiders who made their return this past week. The GHost has returned to areas with actual working Internets and and is ready to party with Dtoiders in the London area on November 27th. The GHost is one of the greatest guys I’ve meet through the site and he seriously needs a good night of getting hammered now that he’s coming back from Africa.

pendelton21 recounts his adventures at a Nerdcore show where he meet some Nerdcore artists. 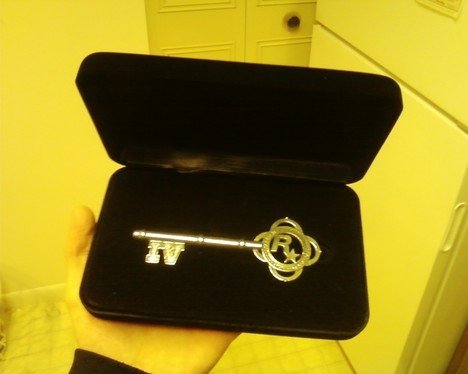 Looks like Rockstar finally sent out their “Keys to the City” swag to people that got 100% in GTA IV within three weeks of the games release. Dtoider xe4x showed off the key he earned on his blog.

commander recapped the Saskatchewan NARP he held last week … there are Dtoiders in Saskatchewan?!

Duke2071 made an Achievement wallpaper. All I can think of saying is ACHIEVEMENT! 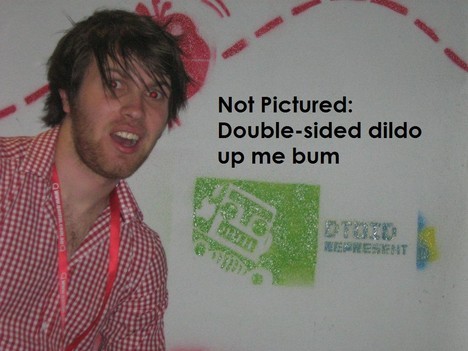 jestarinc made a Dtoid stencil for a College project. We’ll have the stencil for everyone to use once jestarinc uploads the design! Check his blog for a couple of other gaming stencils as well.

Here’s episode 19 of the community podcast, Failcast. Special guest this week was BFeld13.

The second person to make his return to the Community was Snaileb. We missed you, Snaileb. 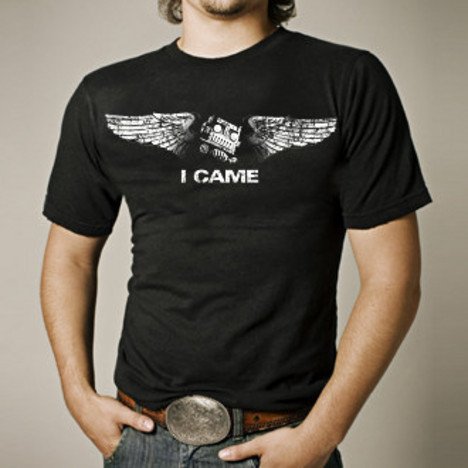 Niero showed off our new NARP shirt. We’re giving some away at the upcoming Miami NARP and will have some on sale pretty soon too.

Jim Sterling is coming to America. Sadly, he’s not coming on me.

vonneuton live blogged waiting in line for the new WoW expansion. Nerd. Also, check out some of his art. Also also check out his Dtoid Iron Man mask hybrid.

DtoidSanFrancisco NARP is coming soon! Come join us for some fun!

Many of you have been asking for a Seattle group and newbie thepelkuslives wants to start one up. If you’re in the Seattle area and want to be part of the group, send thepelkuslives a message.

guysgirl’s shows us how she made her Mario Bros. themed Halloween costumes. Sexy Mario is sexy.

Highlights end this week with Mikey showing off his fantastic art skills.