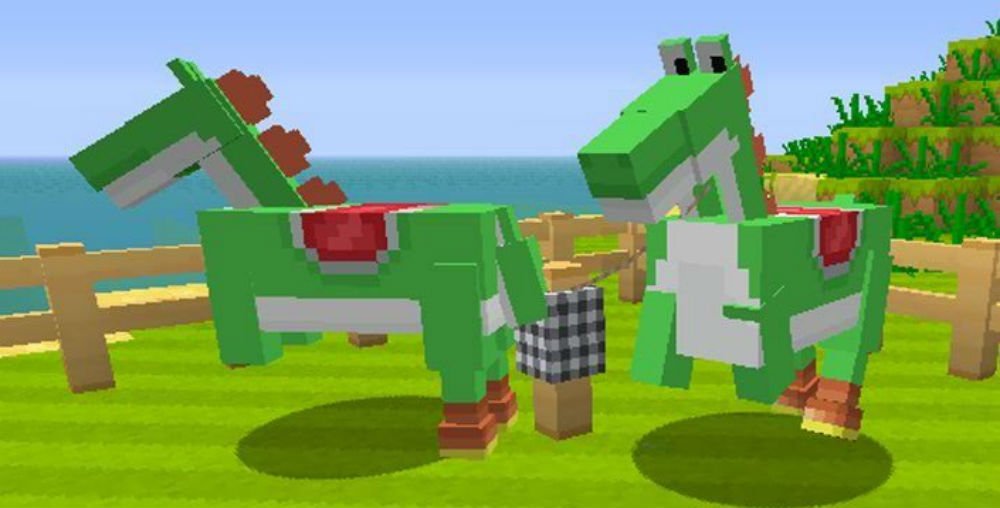 One of my absolute favorite parts of Minecraft is the “Mash-Up” system.

It’s basically just a way to shift the game’s existing assets into different themes, but the ability to play a faux Elder Scrolls, Halo, or Mass Effect adventure is a ton of fun, and a constant source of entertainment for my family. One such Mash-Up pack is Super Mario, which was created exclusively for Nintendo platforms: and it almost got a pretty terrifying skin change.

According to Supper Mario Broth, one user of the forum Mario Boards uncovered an unused model of Yoshi, which was meant to be an analog for the in-game horses (which you can ride around and stable permanently if you want). You can see the model either above or below: but don’t directly look it in the eyes.

Interestingly, another Twitter user brought up that the Hooktail (of Paper Mario fame) was also supposed to be used for the Ender Dragon (one of the “big boss” enemies in Minecraft). Now that one is a bit more palatable: despite the fact that it’s a stand-in for a creature that inhabits a soul devouring void dimension.

The saddest thing they cut was an unused Hooktail texture for the Ender Dragon ;-; pic.twitter.com/MXS88P3KJs