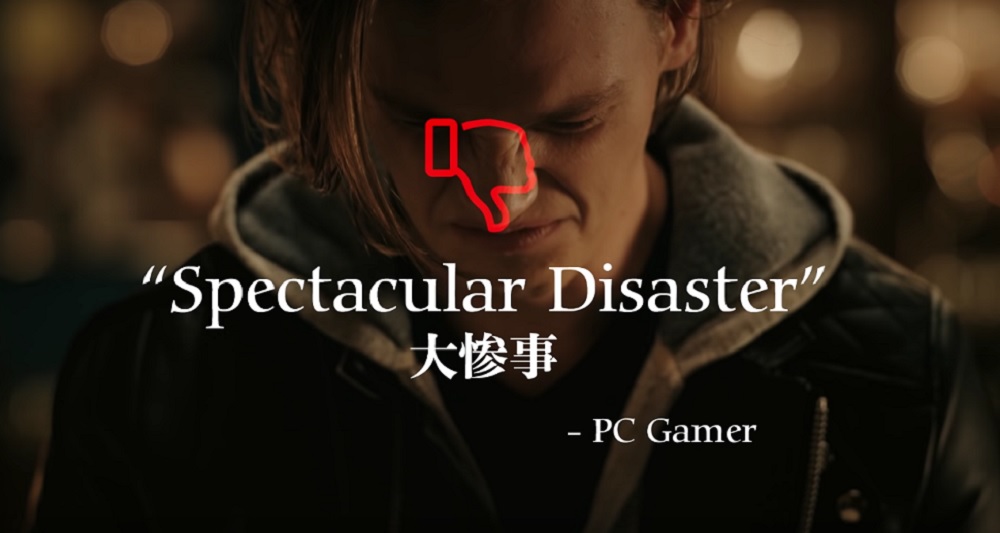 Accolades trailer with a difference

To say that Square Enix FMV/brawler The Quiet Man met with critical derision is not an unfair statement, with a staggering 20 negative reviews of aggregate site Metacritic. The weird passion project, which sees a young, deaf mob enforcer on a night-long mission to rescue a kidnapped nightclub singer, did not light up the scoreboards, to say the least.

So it seems that Square has taken a different tack to marketing the experimental game. This new trailer for The Quiet Man is plastered in bad review quotes, taken from both the press and “users.” The trailer then attempts to spin it on its head, adding positive comments that imply some of the negative reviews are “misleading.”

I don’t know if Square has decided to try and shift copies of The Quiet Man via implying some kind of “So Bad it’s Good” notoriety, similar to that of the post-modern marketing for Tommy Wiseau’s drama The Room. But I’m not sure, among the deluge of fantastic games currently available, such tactics will turn fortunes in the game’s favour. Still, can’t blame them for trying.

The Quiet Man is available now on PS4.