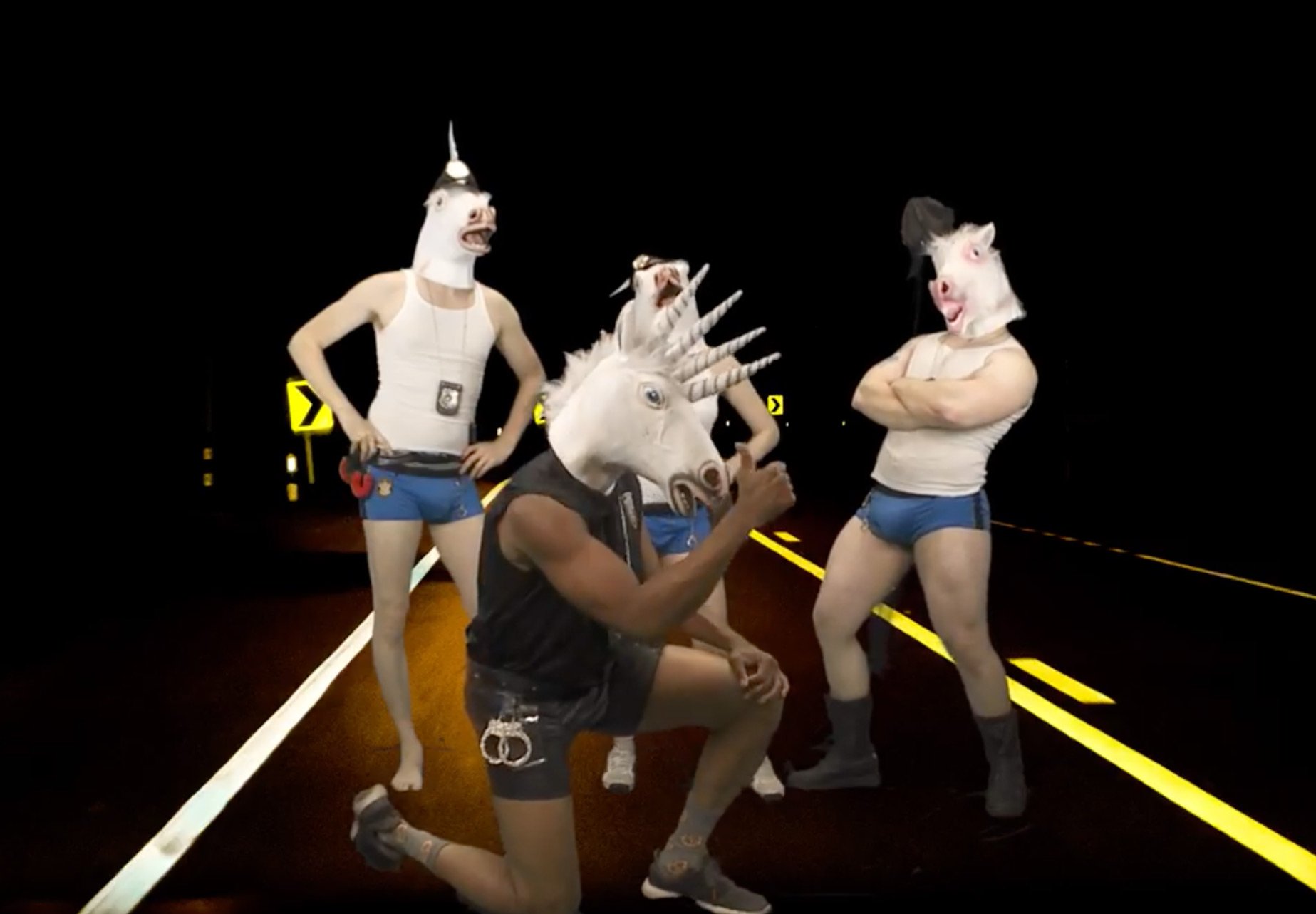 Chuck Tingle, the Hugo-nominated author of such contemporary classics as Bigfoot Sommelier Butt Tasting, Anally Yours, the Unicorn Sailor, and Pokebutt Go: Pounded by ‘Em All is making a dating game. I know what you’re thinking, “What?! Chuck Tingle, who was once legitimately nominated for a Hugo award for Space Raptor Butt Invasion, is making a video game?”

Yes, that is correct. Chuck Tingle, who again, I cannot stress enough, was once up for the same award won by I Have No Mouth, and I Must Scream, is making an FMV-dating-adventure game set in the Tingleverse, which is like the Dark Universe only less gay. Expected to be as short as a Chuck Tingle page-turner, the game’s art direction will mimic Tingle’s signature stock photo cover art masterpieces while delivering a message of positivity, love, self-acceptance, dicks, and butts.

Now you might be wondering what a Chuck Tingle game will be like. Will it feature Tingle’s soft, sensual voice? Will it somehow utilize the Ph.D. in holistic massage he received from DeVry? Will it be a complete waste of money? Luckily, those questions and more have been answered by the pre-alpha trailer that dropped today.

Ah yes, it’s much clearer now. Project Tingle or Kickstarted in the Butt: A Chuck Tingle Digital Adventure or whatever the fuck it’ll be called, is being developed by Zoë Quinn and… oh shit we’re going to be DDoSed, aren’t we?

Anyway, Chuck Tingle’s Weird and Gay for the sake of being Weird and Gay Game snowblew past its initial fundraising goal last year and will feature the talents of Destructoid expats Jim Sterling and Anthony Carboni, the latter of whom I have been told co-hosted the Dtoid Show a couple of times. It’ll also star Chris Kluwe, former Minnesota Vikings punter, World of Warcraft player and the world’s second most popular straight male fag hag after Gavin Newsome. Mara Wilson, who you might remember as the daughter from Mrs. Doubtfire, will also be a part of the project as will Wil Wheaton, best known for playing Wil Wheaton on any show he can since Star Trek: The Next Generation.

Chuck Tingle Makes a Game Gayer Than Dream Daddy was supposed to launch in early 2017, but as we are now entering late 2017, I’m going to go ahead and say it missed that projection. When it does launch, Chuck Tingle’s Unicorn Heads on Coked Up West Hollywood Circuit Boys’ Bodies Game will come to PC and Mac. It’s a shame it’s limited to those two operating systems because I really wanted to end this story with an “it’s coming all over” joke.

Kickstarted in the Butt: A Chuck Tingle Digital Adventure [Get-Tingled]