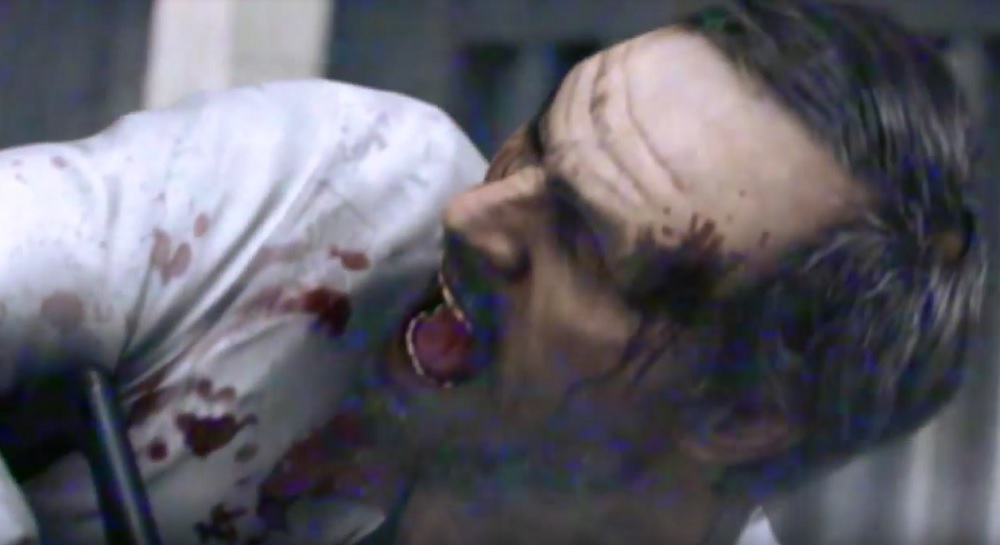 Movie trailers are one of my great loves, I don’t need to quantify that, just go with it, I have a collection of several thousand. Several thousand movie trailers. Almost every one of them better than the films they are advertising. Trailers are an art form and I abhor 99% of movie previews today, all doing the same shtick, almost identical, all using the same flow, pace and trickery. The art of clever movie marketing has been (almost) lost.

Video games trailers have stepped it up in the last decade, the arrival of platforms such as YouTube and other social media outlets meant that publishers can now sell their video games as you would any movie, with cinematics and out-of-context footage combining to get your potential audience hyped way, way before you smash their dreams with crushing reality.

Case in point: This trailer for 2010’s Kane & Lynch 2: Dog Days, which is my favourite video game trailer. It shows two events, taking place in different countries, threatening to combine. In Shanghai, medicated psychopath James Lynch sleeplessly tosses and turns in bed. There’s something on his mind. Lynch goes to the bathroom to study his various anti-murder pills, while his inquisitive girlfriend, Xiu, asks him what’s wrong. “My old friend Kane flies in tomorrow…”

Where is Kane now? Adam Kane is under fire somewhere in the United States, the result of yet another disastrous heist exploding into violence. As his associates drop dead around him, Kane makes a poorly-planned escape dash through a children’s playground, randomly firing at what seems to be a small army of cops. Ending up on a lonely playing field, out-of-shape, out-of-ammo and out-of-luck, the abject failure of what was surely his “foolproof” plan dawns upon him. Kane needs to get out of the U.S… Fast.

“Oh, that’s nice,” replies Xiu. “…Shall we all go out for dinner?” Lynch doesn’t reply, just staring at his meds, fully aware of what Kane’s arrival will mean for his new “lay low and try not to kill anyone” lifestyle. The game’s logo flashes outside in the neon lights of Shanghai city.

It’s an awesome 90 seconds, juxtaposing the unsettling quiet of Lynch in the East with the roaring chaos and anarchy of Kane’s piece-of-shit life in the States. We see Lynch with a girl, looking somewhat mellow, but the foreshadowing of the bullet-riddled bodies about to show up on Shanghai’s streets is very apparent, and we pity Xiu for her naivety of the upcoming danger. In a clever technical touch, the scenes with Lynch are extremely quiet, forcing you to raise the volume, which makes the violence of Kane’s cuts all the more jarring.

We all know how Kane & Lynch 2: Dog Days finally turned out. It was all style (a style I loved, mind) and no substance, featuring crushingly simplistic and numbing, repetitive gameplay. But this just reiterates what I said above; the medium of trailers can do a really good job of building hype and hope, or, in this case, a false portent of what might have been.