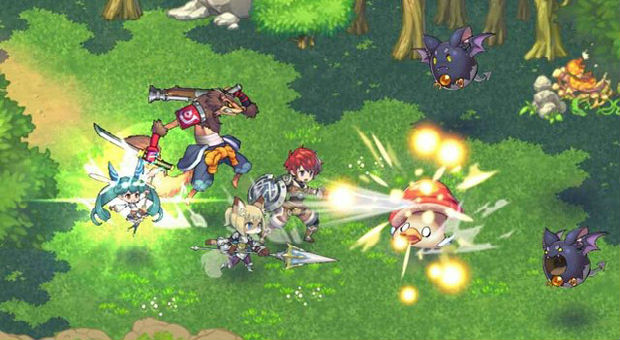 Online, web-based design isn’t so impressive in my eyes, though

This animated trailer is absolutely stunning, but it does not do much to enthuse me for Breath of Fire 6.

Breath of Fire 6, subtitled Guardians of the White Dragon, is set to be published as an online, web-based role-playing game to debut on iOS, Android, and “touch-based Microsoft Windows computers.” Capcom has stated that it is designed to be an “easy touch type online RPG” with simple controls.

I am skeptical, as Breath of Fire is a venerable IP that has quite a history even though an entry in the series has not been released since Breath of Fire: Dragon Quarter in 2002. The questionable design and release choices, along with Capcom’s erratic development decisions lately leads me to have only a slim hope this latest entry in the series can live up to its name.

Breath of Fire 6 launches in Japan next spring.