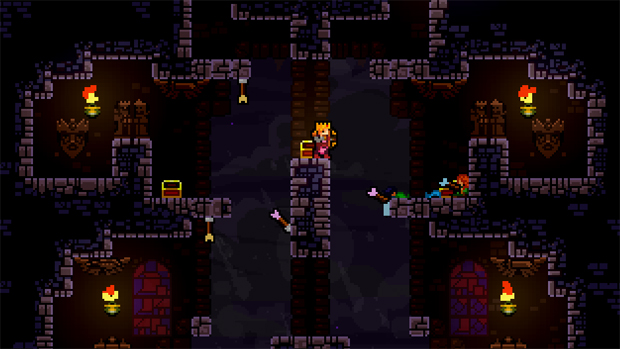 Matt Thorson, creator of some of the best indie games out there, has just released a new trailer for his upcoming OUYA game, TowerFall. Looking to capture the same intensity of late night local multiplayer play sessions as Smash Bros. or GoldenEye, it’s an “Archery Platformer” that has you competing with up to three of your friends for victory in a deathmatch arena.

Arrows will slightly home in on opponents, but you need to be careful because ammo is limited. There are also treasure chests containing powerups around the map, which are no doubt going to be highly contested. It seems like a really intense and enjoyable experience, though it is temporarily exclusive to the OUYA. Mr. Thorson has said he wants to bring it to the PC, so us non-OUYA users will just have to wait.