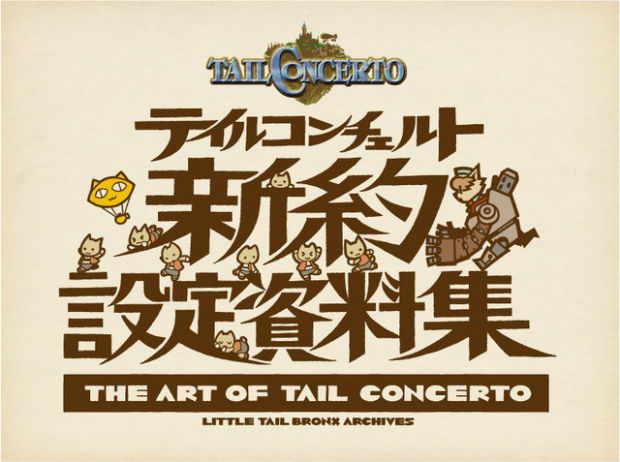 Been waiting years for this collection

Sixteen years after the ridiculously adorable Tail Concerto made its Japanese debut, CyberConnect 2 has decided to release a new art book collecting 100 new and otherwise unpublished illustrations celebrating its anniversary.

Unfortunately, that’s about all we know as of yet. The upcoming art book will collect a series of images that you’ll no doubt want to get your paws on, but there’s no set release date just yet — only a 2015 projected timeframe, so there’s a little time to wait just yet before we can check it out.

In the meantime, I suggest checking out the game and seeing if you dig Solatorobo: Red the Hunter as well. They both may be absolutely adorable and saccharine, but they’re also solid adventures.