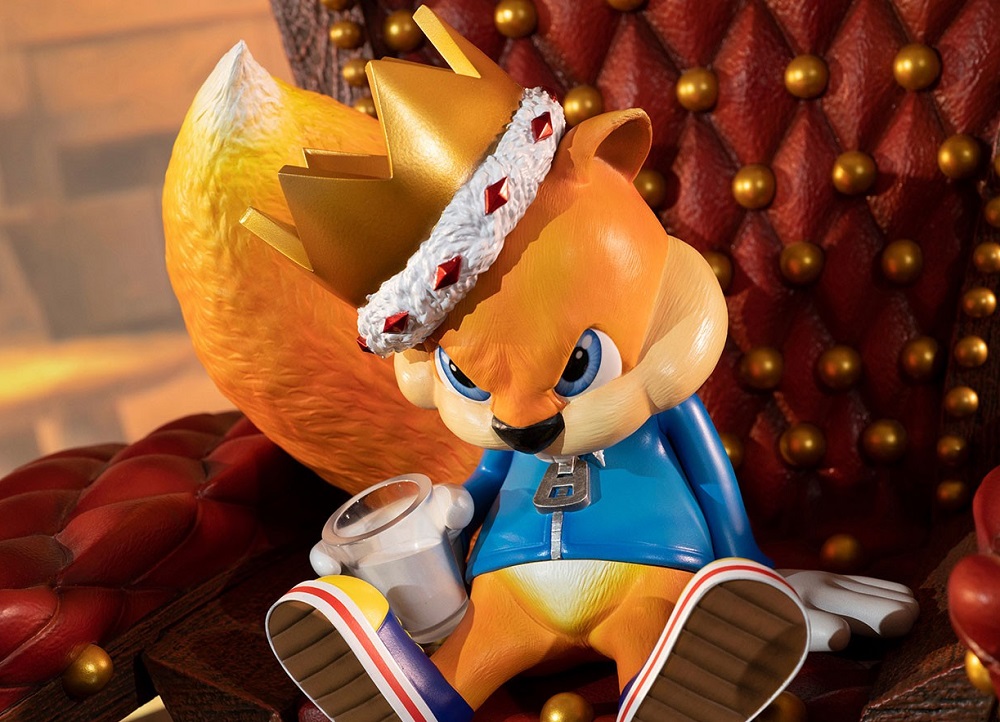 Have you got the acorns saved up?

If you wanted to get your 2019 off to a weird start, you could do it by pre-ordering this latest release from statue-makers First 4 Figures, featuring burned-out gaming mascot Conker, he of Rare titles Conker’s Pocket Tales, Conker’s Bad Fur Day and Conker: Live and Reloaded.

Sitting atop his miserable throne, with a mood to match, Conker’s resin replication stands just under 19 inches in height and 18 inches in width. Releasing in three formats, the Standard Edition includes the basic statue, the Exclusive Edition adds a commemorative metal coin, whilst the hefty Definitive Edition includes alternate parts, such as a bejeweled footstool and a more exquisite crown for Conker’s noggin.

Clearly a collector’s piece for the most die-hard of fans, the Standard and Deluxe Editions will set you back just shy of $430, whilst the Definitive Edition boosts the price to $550. Do you like Conker that much… Does anyone? Payment plans are available to help spread the cost. Prices obviously do not include shipping or any potential customs charges.

Reservations are open now over at the official First 4 Figures store. Pre-orders officially open on January 4, with Conker expected to ship in the first quarter of 2020. You can check out gaming’s bad boy in the gallery and video below.