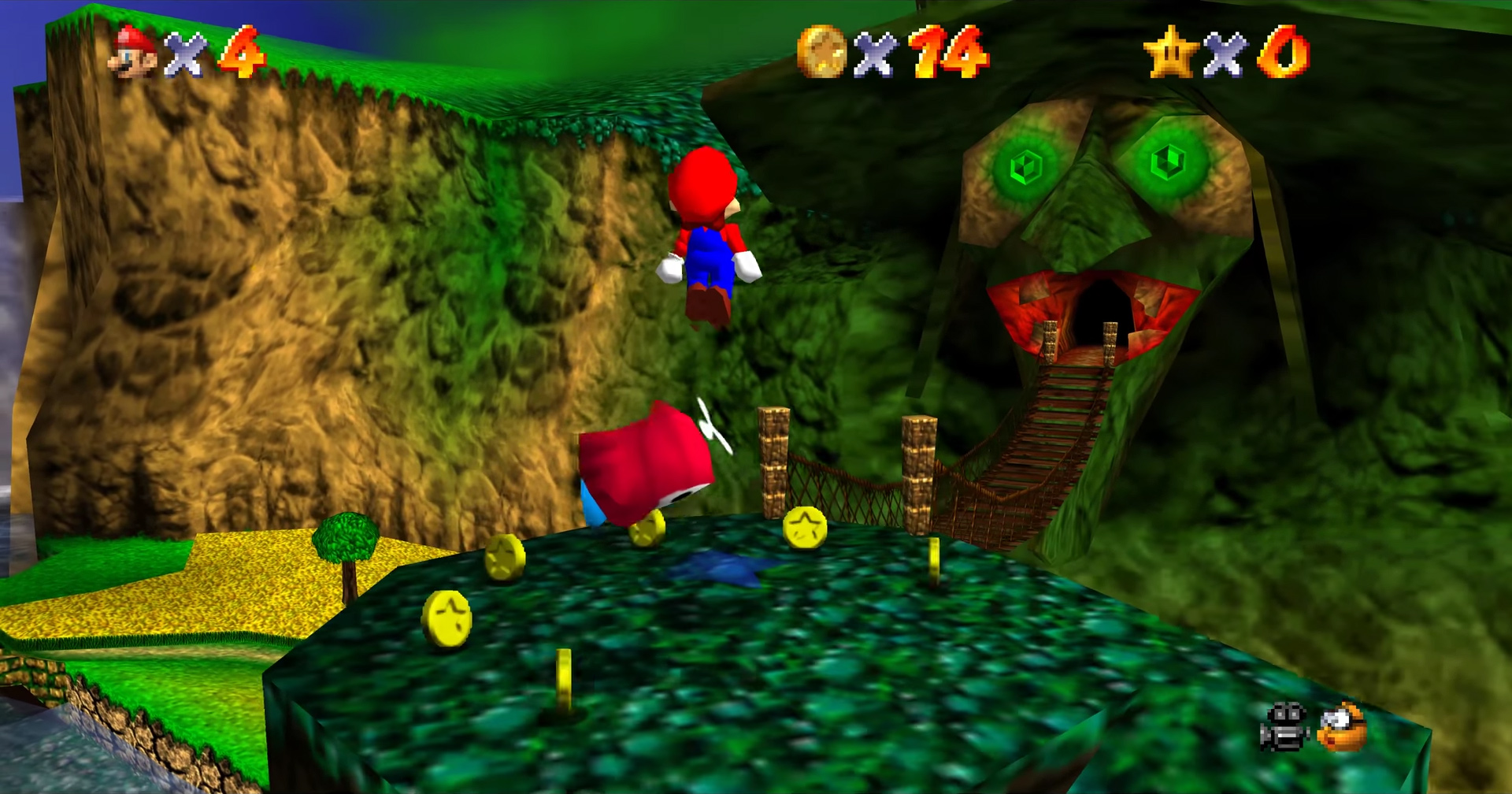 So wrong, yet so very right

If I had seen this mod back in the Nintendo 64 days, I would’ve lost my mind. It’s essentially a clever mash-up of Banjo-Kazooie and Super Mario 64, and while Mario running around Spiral Mountain is impressive in its own right, the fan creation is even better once you take in all the little details.

Whereas some of these projects can be cool conceptually but rough around the edges in execution, this one nails a sense of authenticity. Clearly, a lot of thought went into it. Super Banjo-Kazooie 64 is the result of the program SM64Paint and the modders Trenavix, Waschpenner, and Shyguyhex.

This isn’t a full game yet but it isn’t insignificant, either — the demo has 18 Jiggies to collect.

“If this ends up getting a lot of attention, I’ll consider continuing the hack, but otherwise, it’ll just be the demo,” says Trenavix. Something tells me we’ll want to see more.

Filed under... #Banjo-Kazooie#mario#Mods#Nintendo 64#Things gamers do