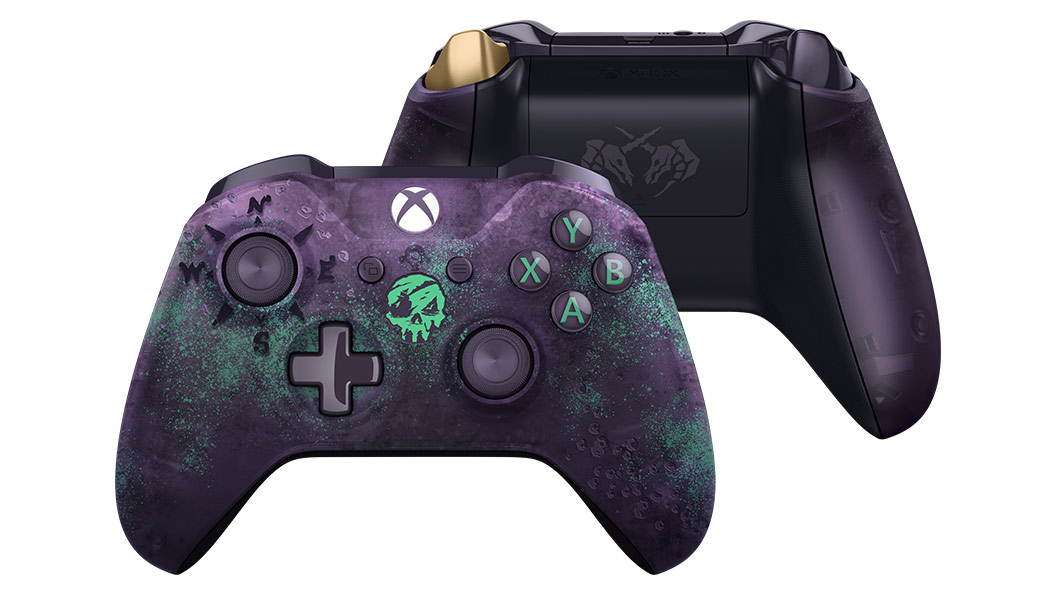 In case you couldn’t tell, we’re quite enamored with this Sea of Thieves special edition Xbox One controller. The effervescent green against the twilight purple is a handsome contrast. The one gold trigger calls attention to itself the same way a pirate might with a grin that flashes his gold tooth. Top notch stuff here.

The controller comes at a bit of a premium though. It will retail for $75 and releases on February 6 — a month and a half before Sea of Thieves launches. It comes with an exclusive in-game Ferryman clothing set, and 14-day trials for both Xbox Live Gold and Xbox Game Pass. This is the part where I tell you that even though it’s kind of expensive, you shouldn’t steal it even if that’s what a real pirate would do.

Filed under... #Controllers#Rare#Sea of Thieves