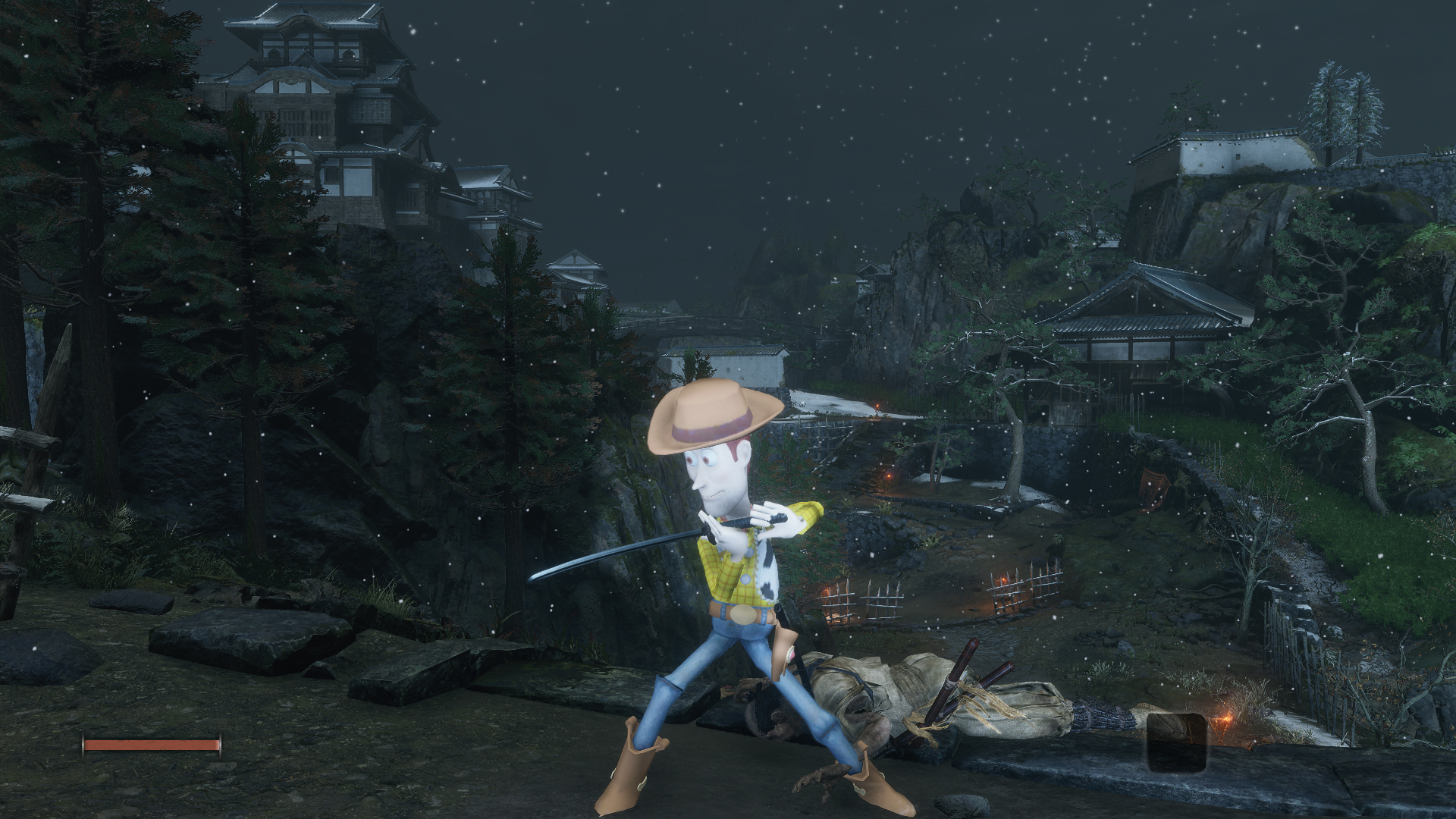 ‘Reach for the sky’

Another Sekiro mod has been making the rounds (man PC gaming rules),  and this one is a little less straight-forward than “easy mode” or “boss rush” additions. It’s a simple character model re-skin on the surface, but adds so much more depth on a psychological level.

In a very timely release given the recent arrival of Toy Story 4, the mod swaps the main character with none other than Sheriff Woody. The model was ported to the game by modder Huckleberrypie, who used the “Disney Dream Treats” app to get it into the game. Huckleberrypie says their inspiration came from watching Toy Story 4 in theaters and “decided to join in on the fun” of mod creation.

They also want to make another thing clear: “I am not responsible for any ruined childhoods that may ensue from this mod.” Indeed!