But are you up to the challenge of every enemy becoming the final boss?

For months on end, Sekiro ruled my PS4. I poured over it until I had every single last nuance down, then put it on ice for a bit, then picked it back up again. It’s kind of like….every From Software game or Zelda: Breath of the Wild in that way.

Mods have made that decision to put it back in the spotlight easier, especially this item and enemy randomizer mod by Thefifthmatt. It’s simple enough to install, and lets you customize pretty much every aspect of the game, including miniboss, boss, enemy and item randomization. Get a good look at how in-depth it is below!

The mod is perhaps shown off best by YouTuber Gb, who replaces every single enemy with Isshin: the final boss of the game. Isshin happens to be one of the biggest challenges in Sekiro, with multiple forms and a large damage output.

Of course, you don’t have to go this hardcore. You can also literally randomize everything to give yourself a fresh run every time. 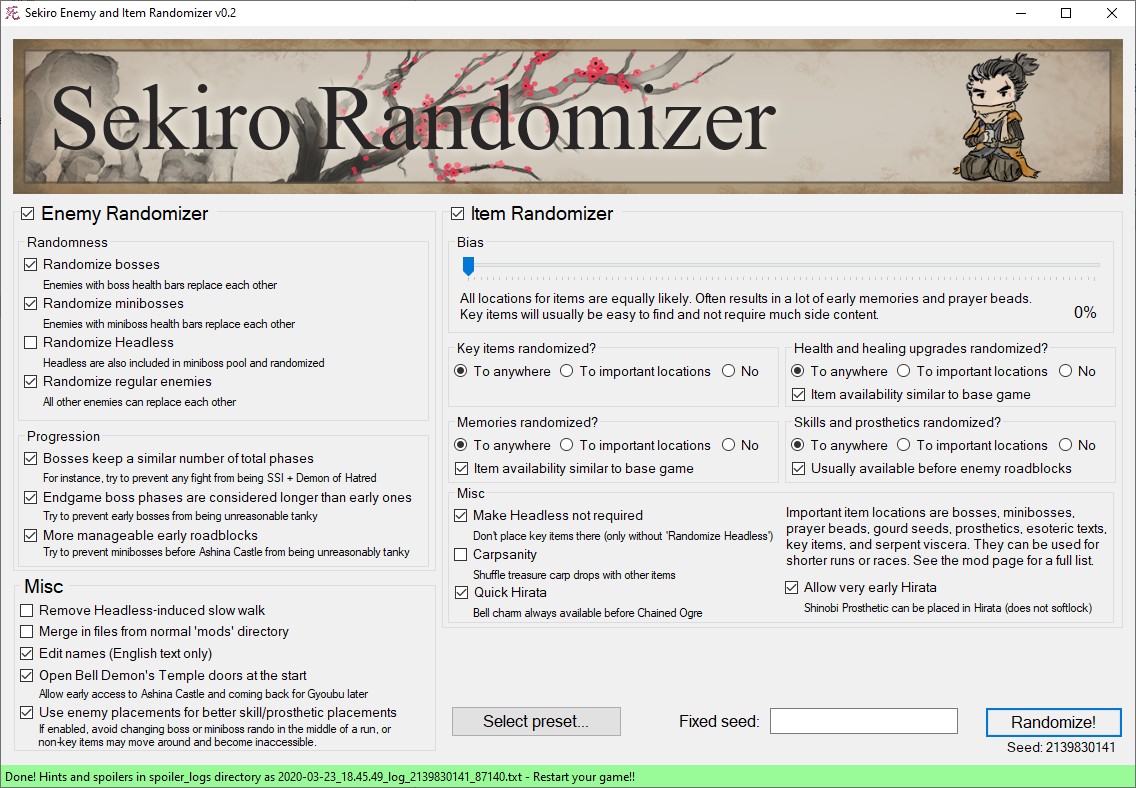