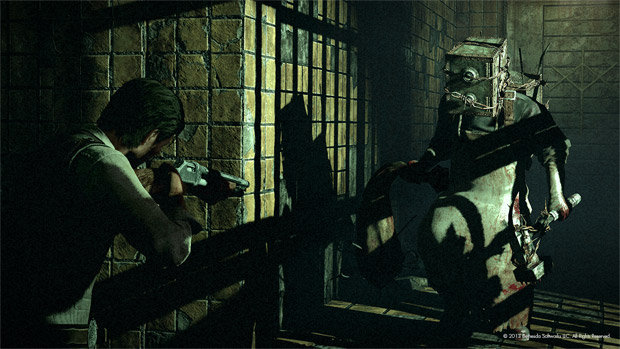 A head-on fight? Sure, why not?

Did you know that this guy’s name is Boxman? I wasn’t aware until today.

He’s been featured prominently in Bethesda’s promotion of The Evil Within so far, which has me wondering if the intent is for him to become the title’s iconic character in the same vein as Silent Hill‘s Pyramid Head or Resident Evil‘s Dr. Salvador (the masked chainsaw guy). That seems to be the case but whether or not Boxman catches on is ultimately up to fans.

The game is still looking at a 2014 release across PC, PS3, PS4, Xbox 360, and Xbox One. After surviving a handful of high-profile horror titles this year, I’ll be ready for it.

Terrifying new images for The Evil Within [Bethesda Blog]