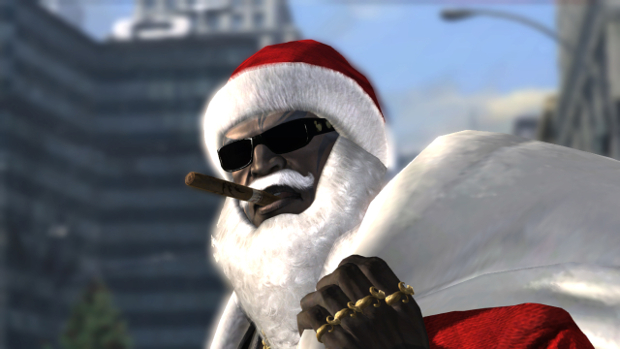 Look at his face!

The choice between badass Santa and comically scared mob boss for the header image was a hard one. The Santa thing is a bit trite, I guess, but he wins out. Still, look at that guy’s face.

Bayonetta 2 looks insane, and I’d like to re-emphasize how good it is that it comes with the first game, for any of us who missed out (like me). Plus all that fun fan service (not nudity, but Nintendo costumes).

That’s a classy move that deserves to be championed as much as the companies doing bad things need to be chided. Positive reinforcement. Support Platinum and developers that do good things like this.