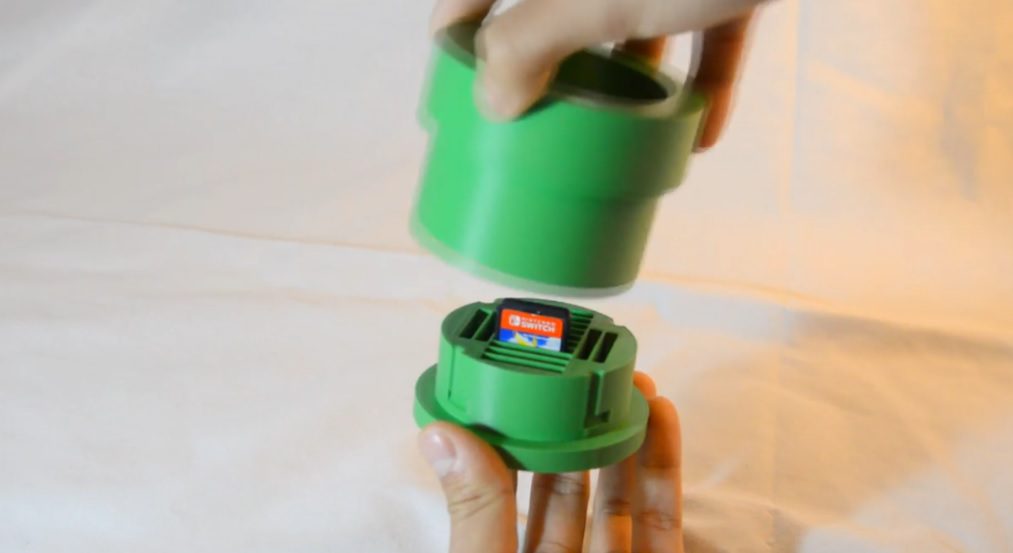 It feels like nearly every day, as a board and video game player, that I see something that’s not only useful, but something I never even would have thought of. That includes this Switch cart holder shaped like a warp pipe that came across my desk this morning.

Crafted by whopperlover17 and shared on Reddit, the pipe actually opens up into a smaller cart holder. It’s a simple, elegant, and effective design that is also functional. The version pictured in the header holds 14 carts in total. It also has a “locking mechanism” to avoid loose carts flying around.

Although they couldn’t share the direct link on the subreddit, we tracked down their Etsy store where you can grab one for yourself if you want.  The creator says that “since this has gone viral,” they have “quite a backlog of orders to fill.” They are “also looking to make a DS version.”

Get a look at how the smaller version works below!

Look at these Nintendo Switch game cases I made [Reddit]

Look at these Nintendo Switch game cases I made! from r/NintendoSwitch