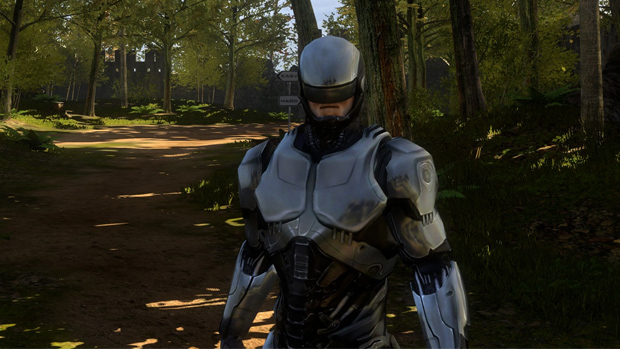 It’s not the original Murphy, but still cool

Darren’s review of The Talos Principle intrigued me. Even if the game had turned out poorly, a philosophical puzzler from the studio behind Serious Sam was something I just had to see. Fortunately, it’s good. Eight-out-of-ten good. But I wouldn’t know because I’m still procrastinating.

I wish that weren’t the case, now that I’ve stumbled on this mod from Ar2R-devil-PiNKy. It replaces the player character with RoboCop as he appeared in last year’s iPhone/Android title. I think we can agree that all games, past and present, should star RoboCop. I fuckin’ love that guy!