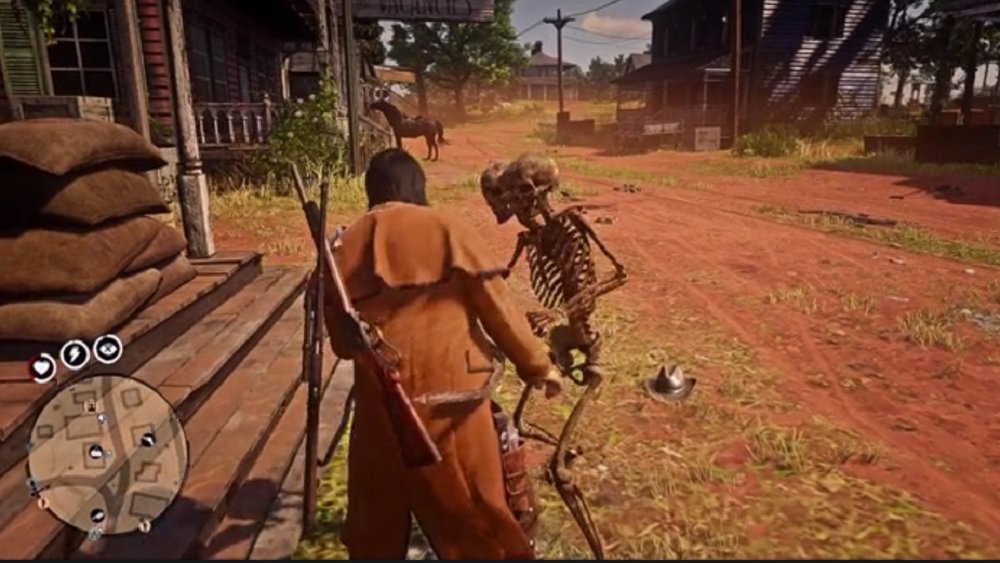 So Red Dead Online is going through some growing pains on PC in terms of hacking, and this recent skeleton attack video from Reddit user Keisenberg shows us one of the better shades of that fallout.

The timing of the below video is absolutely perfect. The camera swings around ominously, and “BAM!” he gets socked in the head by a two-headed skeleton who completely high tails it away. The fact that it looks like an extremely Jason and the Argonauts concoction is icing on the cake.

Red Dead Redemption has always been one of the craziest franchises in terms of hacks and bugs, and this clip firmly plants itself in those hallowed halls. As many in the Reddit thread have pointed out, it’s both hilarious and frustrating to deal with hacks when playing Red Dead Online: most of the time they aren’t this funny.

I got attacked by something I never expected from r/RedDeadOnline