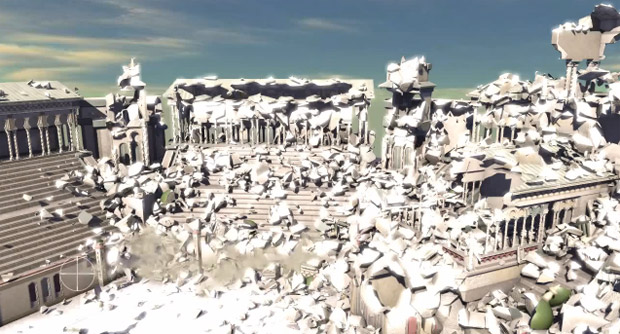 It’s not every day I see a tech demonstration and have the immediate reaction of “I want to play this!” but that’s the power of destruction. Specifically, mouse clicking-induced destruction. Take a look at this NVIDIA GDC 2013 demo running on a GTX 680 to see what I mean.

It’s a real shame that — to my knowledge, anyway — no one has really continued on the path of meaningful environmental destruction that the Red Faction series did so well. Given a choice between the two, I’d much prefer seeing more of that going into the next console generation than better-looking visuals.