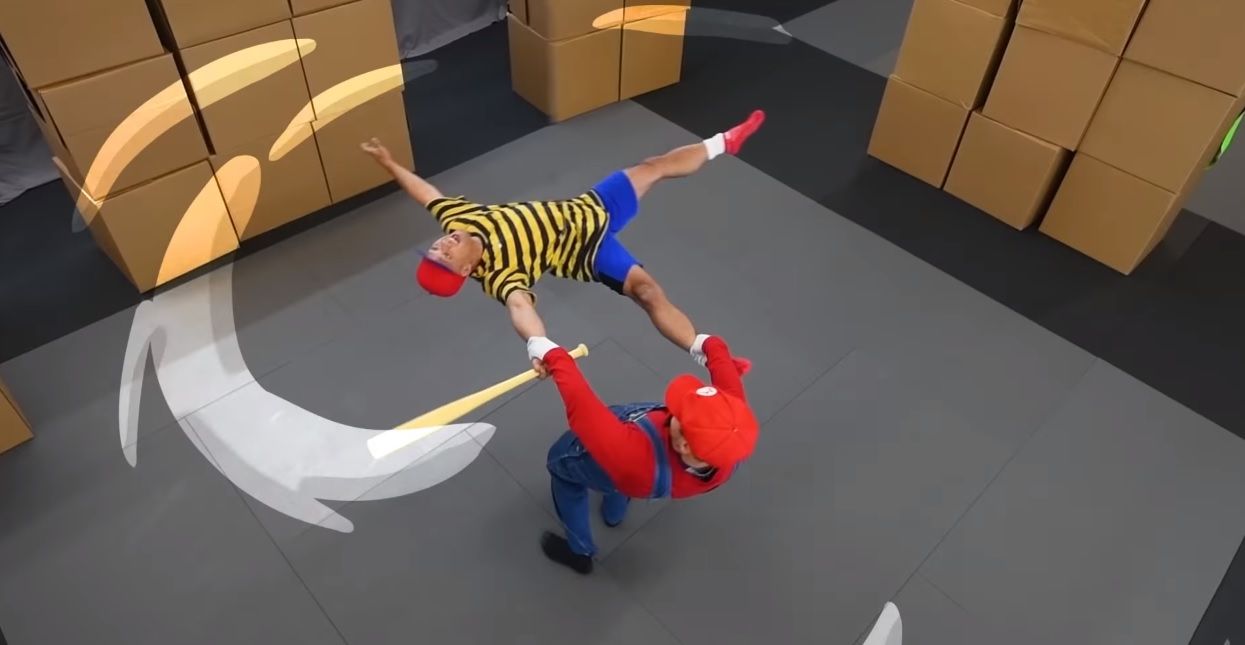 From the mind of Micah Moore comes a real-life four player Super Smash Bros. Ultimate rendition starring real stunt actors (Walking Dead‘s Negan/MacGyver/Marvel films). As you’d expect the choreography is on point, as is the editing in the brawl featuring Mario, Link, Ness (in his best bumblebee outfit) and Captain Falcon.

It’s a very short (and sweet) watch: especially great for a work break as you count the hours down until you can get home and play Smash some more. I think the best part is that it uses sound effects from the game, avoiding an overly camp feel.

This also gives me the opportunity to share another mashup if you haven’t seen it yet: the wonderfully edited “Hell’s Club” from Antonio Maria da Silva. Just note it’s semi NSFW (violence mostly).

Someone reminded me it existed the other day and I’m glad they did.