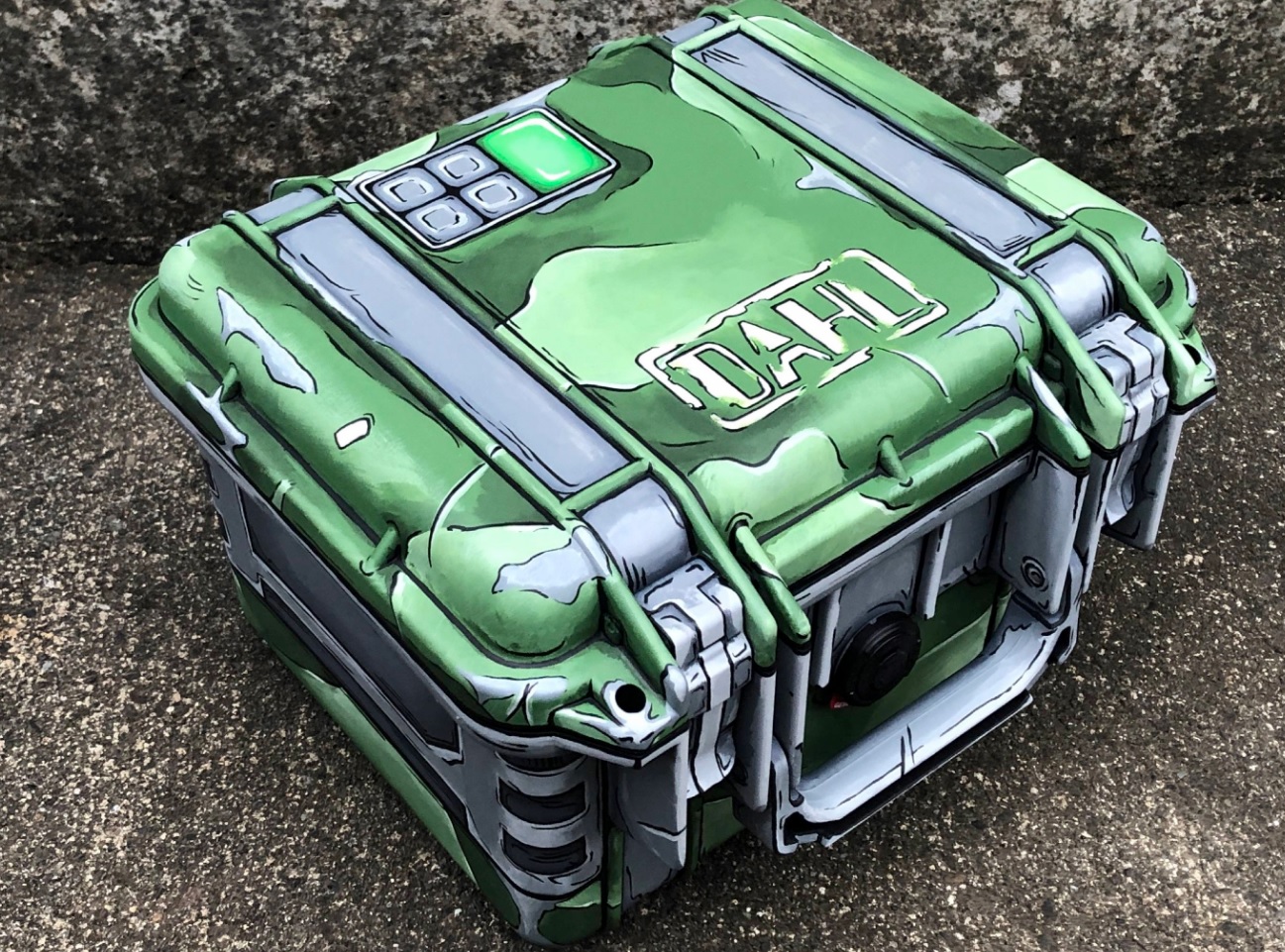 Every so often I’ll come across a work of art that looks like it was ripped straight out of the game world, and I got that feeling the second I saw this Borderlands 3 Dahl crate from Press X Props.

Using a Pelican Case as a base, they managed to use Ceramcoat paints (a product Press X Props says is cheap) as well as Krylon as a clear protective coat. You can get a look at how the artist creates “toon/cel-shading” style art in the short video below, where they go through their process that also doubles as a mini tutorial. What’s the next step? Press X Props says they want to use an airsoft gun to practice creating projectiles.

Press X Props has a ton of other creations, including this other picturesque Dahl crate with real Torgue tokens in it, as well as a number of other cosplay props featuring multiple universes, including Resident Evil. The above crate is stunning though: if you placed it into a render of the game you probably couldn’t tell it was real.