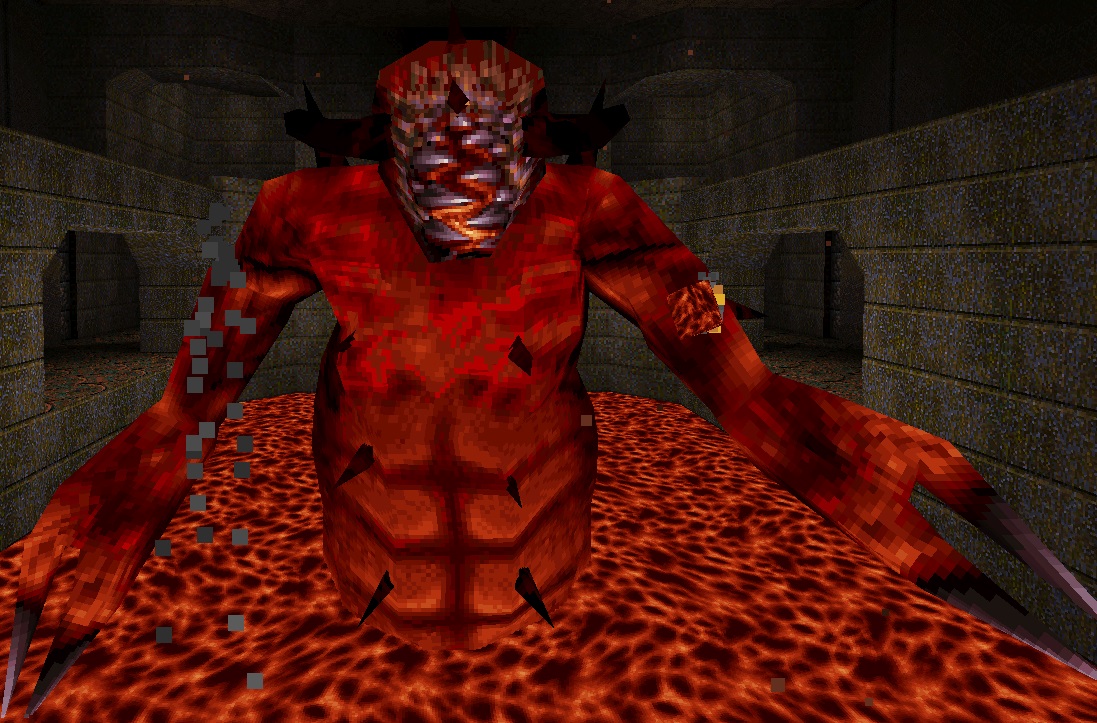 NIN killed you with NIN

There was once a time when video game soundtracks weren’t fully orchestrated or composed by rock musicians. Technology limited composers to MIDI tunes, so there wasn’t a need to call in more “professional” acts to spruce up your game. ID Software, though, thought differently for Quake in 1996. They wanted the game to be gritty, dark and violent with a soundtrack that packed all those same adjectives.

I can ruminate all day about how substantial Trent Reznor’s soundtrack was for gaming. Not only did it show that the industry was moving beyond being targeted solely at children, but it pushed the action of its game into overdrive, making for intense shootouts in spooky gothic environments that still hasn’t been matched by anything else. Quake is a bonafide classic and its soundtrack contributed to that status.

Trent’s band Nine Inch Nails looks set to be releasing the soundtrack on vinyl format. There isn’t a release date or even pre-orders up, but an image of the disc comes straight from the official website for the group. Unless this is a clerical error, I’m pretty sure we’re getting the seminal work on a format it deserves.

I actually still have my CD of the game, solely because of its soundtrack. I love that ID used Orange Book audio to encode data on one layer and music on the other. CD drives back in the day had a slight delay, though, so I always remember the music skipping a bit.