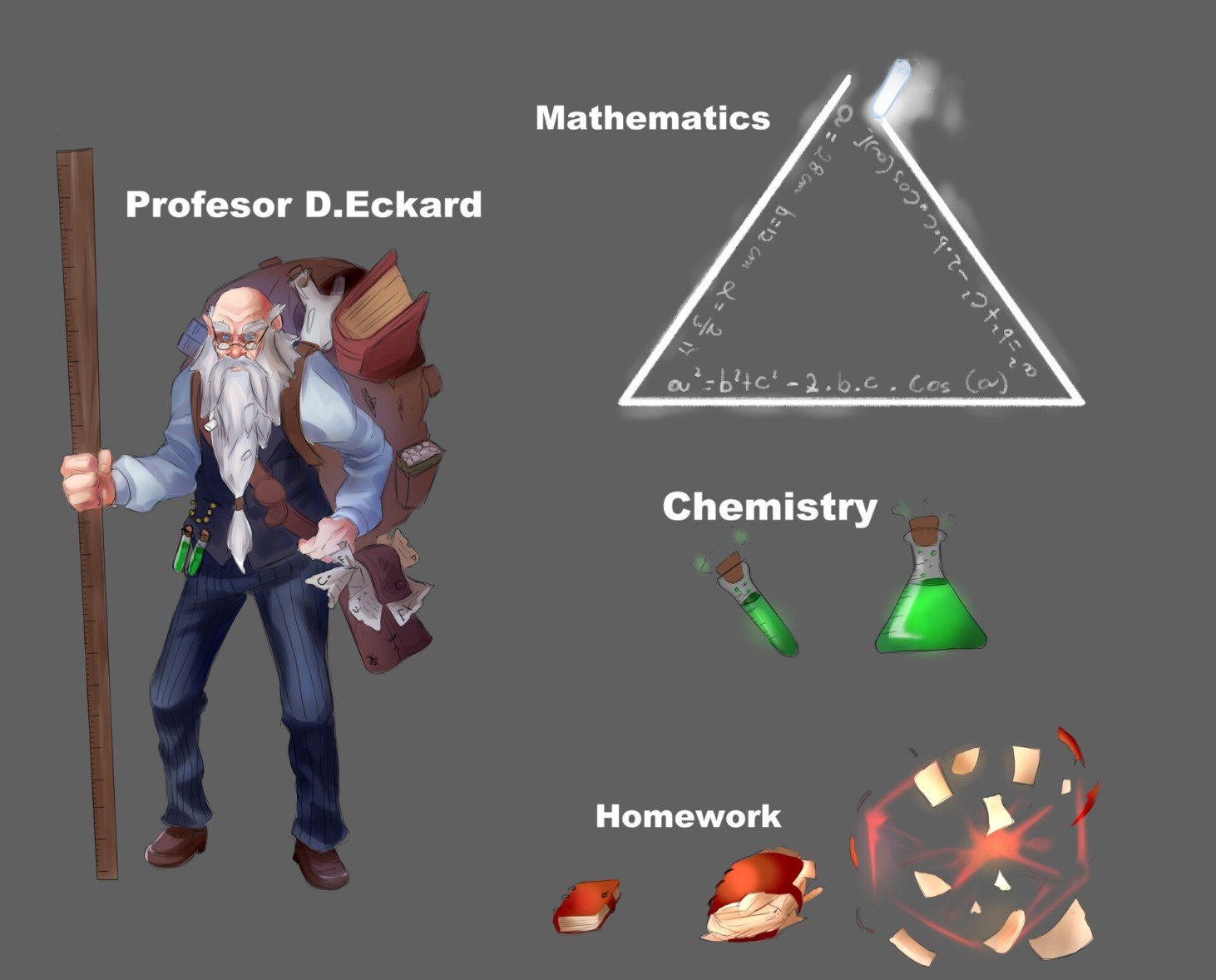 Janitor Leoric became a reality, this could too

Every so often, dreams do come true.

A few years back, an artist came up with an idea for the “Janitor Leoric” skin for Heroes of the Storm, and Blizzard made it happen. Now, I hope the same miracle occurs for the similarly clever “Professor D.Eckard” concept from artist and 2D animator Marcelo Goncevatt.

The “Professor D.Eckard” concept is easy to grasp at a glance, but his nuanced Heroes abilities really take the cake. Scroll of Sealing is turned into a math equation, Horadric Cube is now an explosion of homework (appropriately slowing enemies down) and his healing potions are converted into chemistry class concoctions.

His heroics (ultimates) are even more appropriate, with “History class” putting the enemy team to sleep and “the F-Nado” (converted from Lorenado) is a giant tornado of failed test scores. Brilliant!