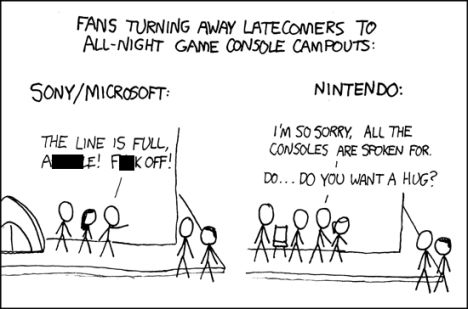 Web comic xkcd weighs in on console camping with the above strip.

Having had to get up only about three hours early in order to get a Wii (but tragically, no extra controllers), and having had to pay only 400 bucks for the system itself, two games, and a two-year warranty, I can say with a reasonable amount of confidence that I haven’t been this excited about a recently-purchased system since the Nintendo 64.

Which, now that I think about it, should probably be worrying to me.