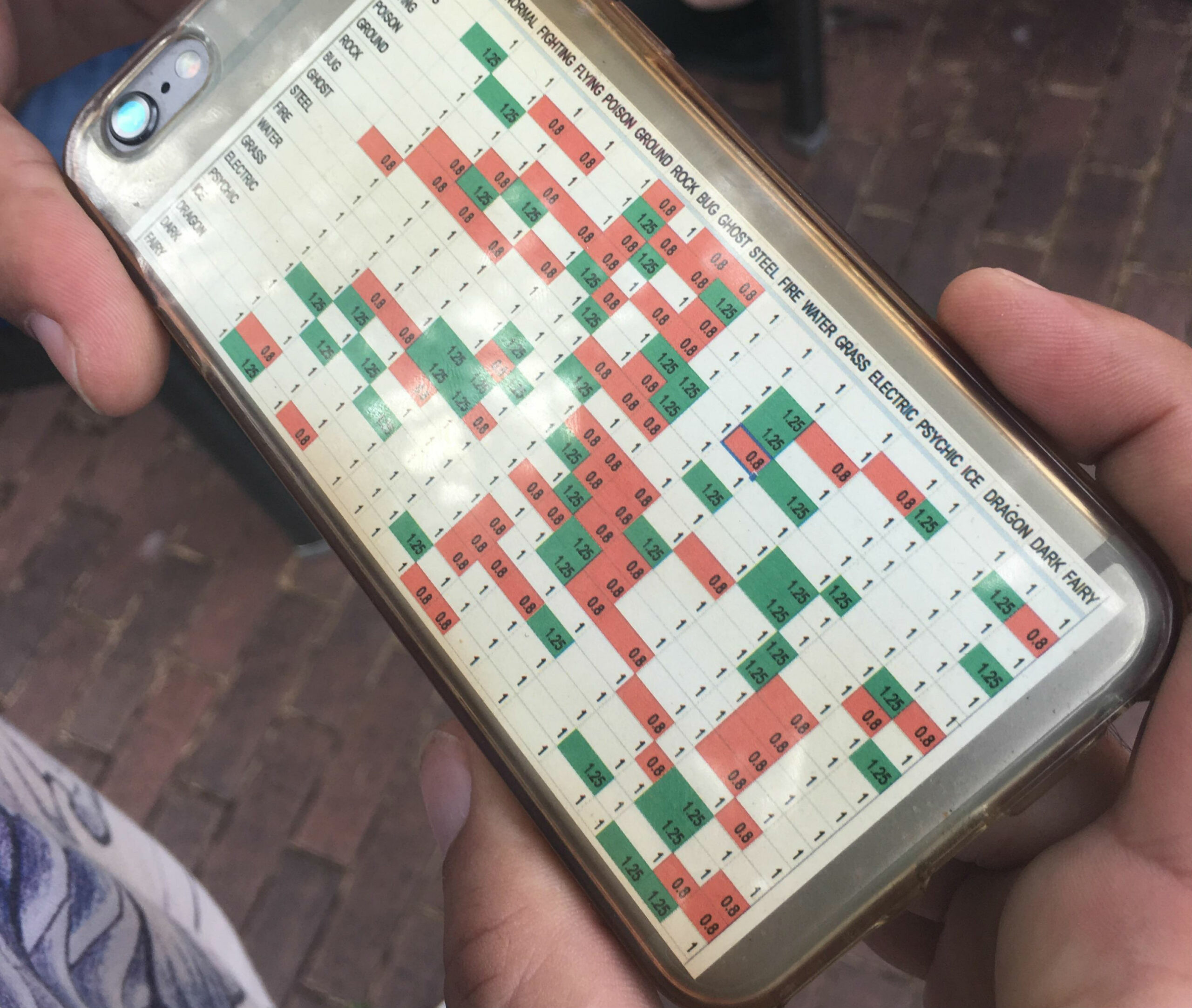 These past few weeks, recalling what Pokemon type counters what has been a real time saver. Raiding has been pretty big in the community, and in addition to the standard ice/lightning/fire counters for each legendary bird, there’s also a heap of lower tier raids to conquer like Machamp and Tyranitar — the type of creatures where a cheat sheet might come in handy.

Thankfully after playing for so many years weaknesses are ingrained in my mind, but sifting through a sheet, especially once fairy and other more esoteric types eventually come into the fold, isn’t a bad thing. That’s just what this player did as captured on the Pokemon Go reddit. Apparently they attached a cheat sheet to the back of their phone — amazing.

Although Go prepares you for battle with what it thinks you should use, it’s often not as effective as putting in your own crew. That’s where weakness memorization or a cheat sheet comes in. One of the biggest tips that comes to mind is that Machamp heavily counters Blissey, the latter of whom has become a big part of the gym defense meta.