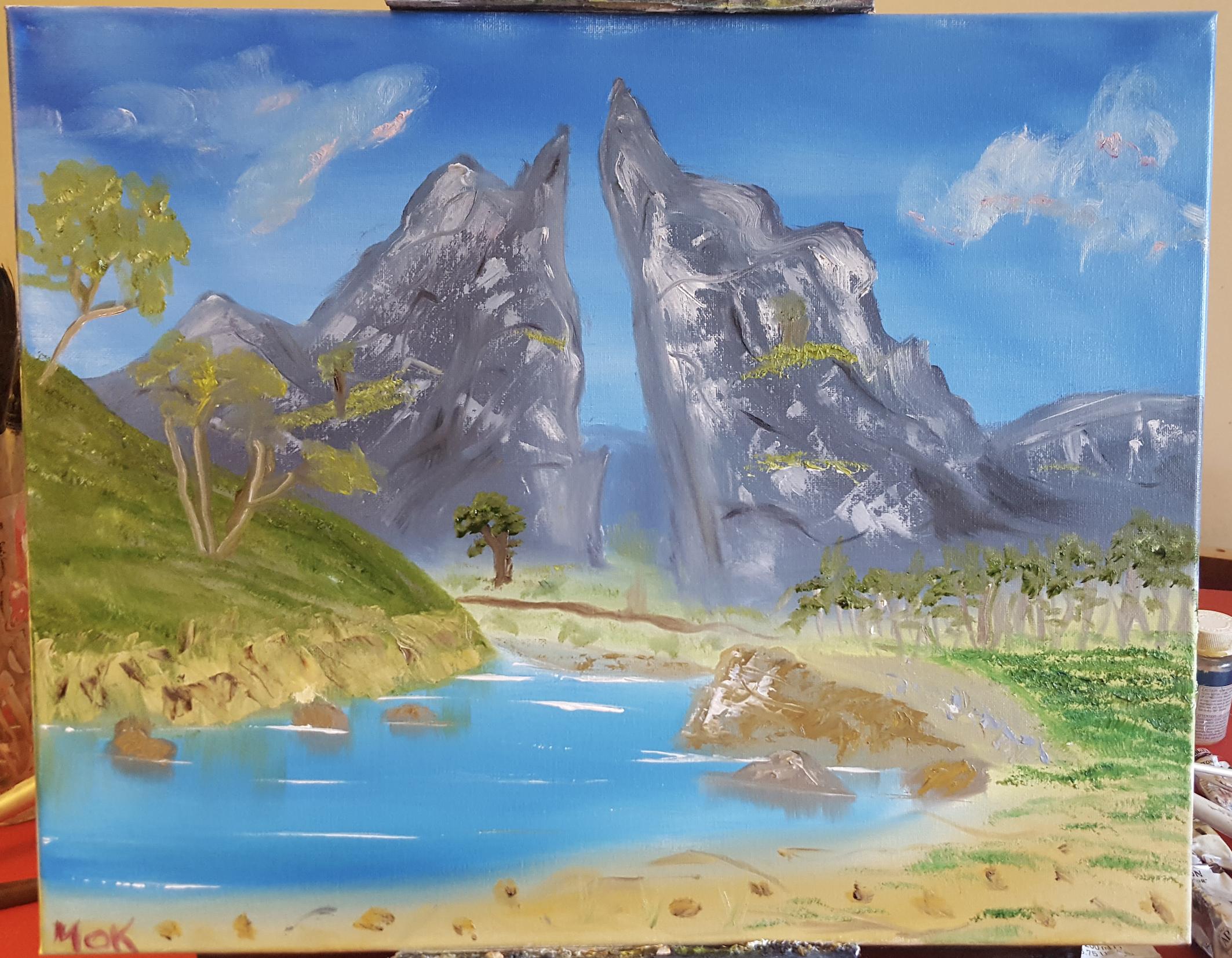 Every time I see the most minute area in Zelda: Breath of the Wild represented in any way, even if it’s a video clip for a tip, I want to load up my game and go there.

Out of all of the exploration-based games I’ve played in my life since the ’80s, and I’ve seen quite a few, Breath of the Wild influenced me to really just go to town with some of the most random areas even if there were no immediate rewards.

One location I remember quite vividly is Dueling Peaks, which is represented wonderfully in this painting from “GIVE_ME_GOLD_THANKS.” It’s an oil rendition on a 16×20 canvas, and you can compare it to the original in-game zone below.

I painted Dueling Peaks from Breath Of The Wild [Imgur] Thanks Kenny!