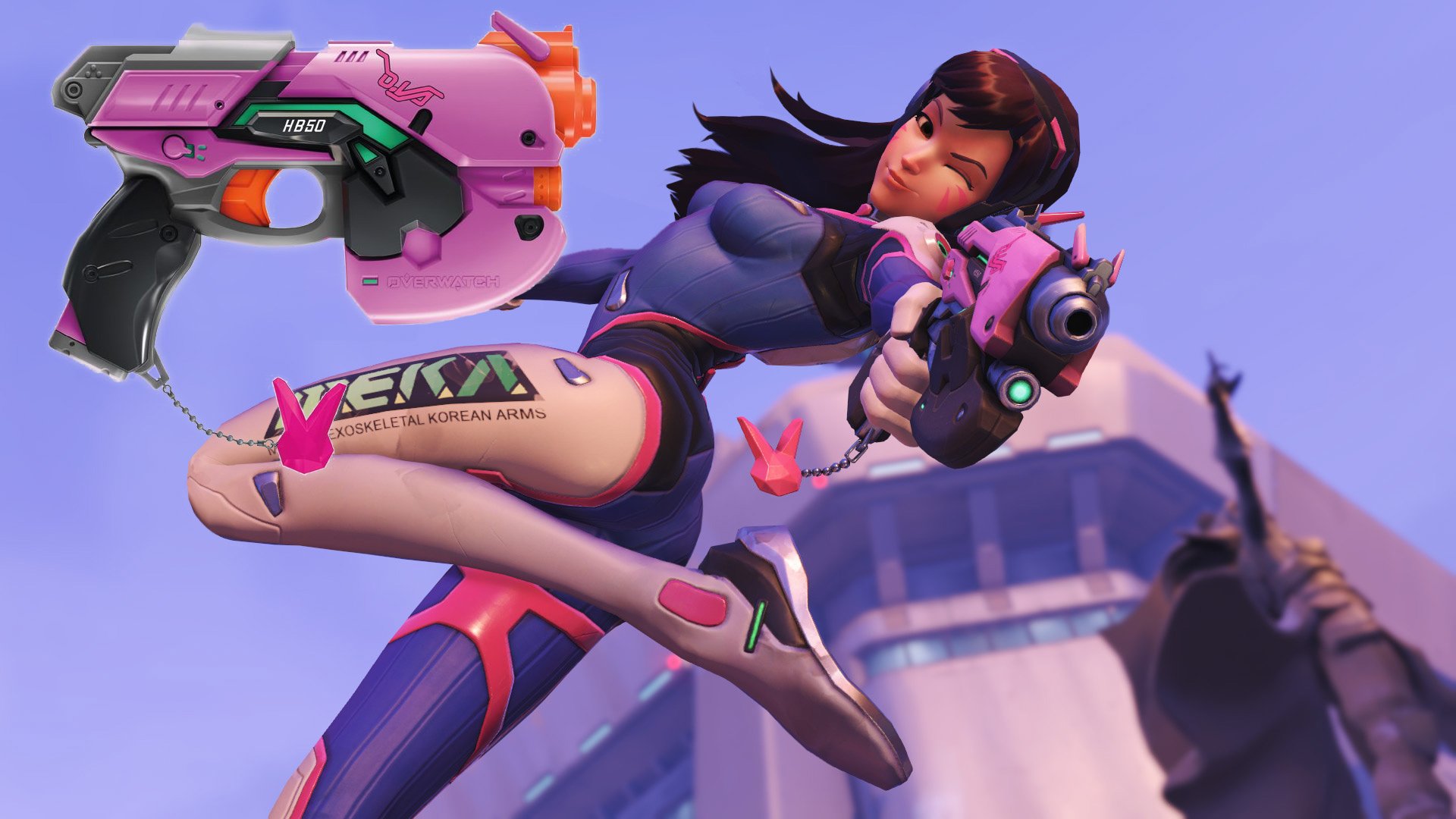 The bunny charm is a nice touch

Even when she’s not firing missiles directly into your face or swallowing Graviton Surges, D.Va is still a threat outside of her mech. Little “baby D.Va” is fragile, sure, but her blaster packs a punch.

Blizzard and Nerf are partnering for a line toy guns inspired by Overwatch and D.Va is up next.

Similar to Reaper’s shotgun, D.Va’s Nerf Rival Light Gun is planned for release in 2019. Blizzard and Hasbro haven’t talked pricing yet. The Overwatch brand could command a premium, though.

I don’t know what else is in store, but I will absolutely show up for a foam-padded Rocket Flail.