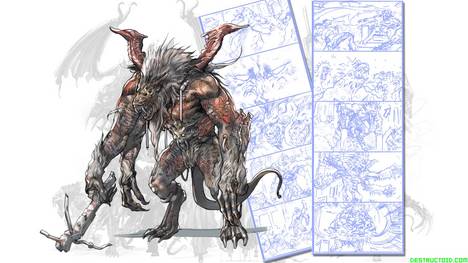 Following their mega-update of over forty Ninja Gaiden II screenshots, Microsoft have released some character renders and artwork for a handful of the game’s central characters.

Alexei, Joe Hayabusa, Elizabet, Volf, Muramasa, Zedonius, and Sonia are all pictured here. My favorite is Volf, who seems to be the reason for the inclusion of werewolves in Ninja Gaiden II. There was a pretty fantastic cut-scene in the preview build that had a weary and angry looking Volf commanding an army of werewolves to terrorize Venice. They listen, of course, and Italians are then slaughtered left and right. Volf is very respected.