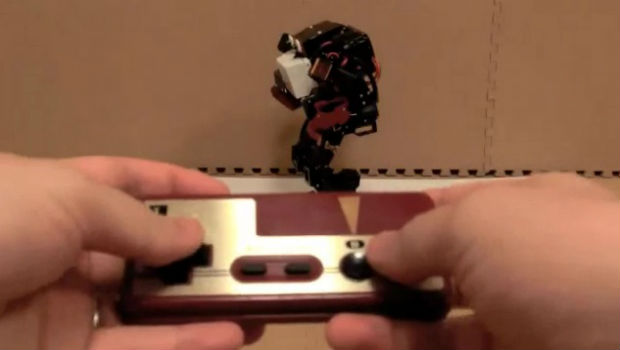 He’s cute, and he breakdance fights

Some people think of the craziest ways to use old technology. In the above clip, you’ll see someone jury-rig an NES (Famicom) to control a fighting robot that shows off some pretty smooth moves.

The video showcases the robot training Rocky style before he goes off into his big match at 2:30. Nothing can keep this dude down, as he bounces right back up after what should have been a knockout punch.

Yeah, I totally want this thing.