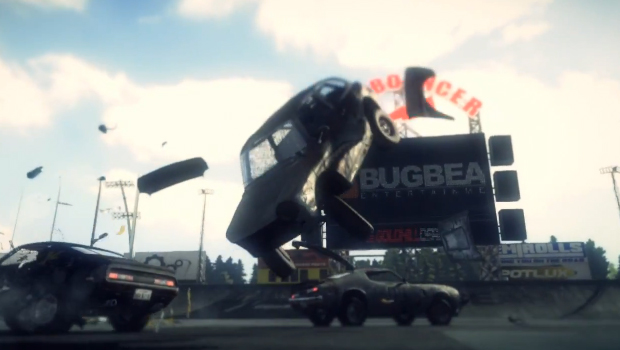 A return to a once glorious franchise?

You’re going to need a little context for this one, so here’s a brief history lesson on the destruction derby genre. In 1995, Reflections Interactive began work on a franchise for Sony called Destruction Derby. This franchise was highly successful (it was my first PlayStation game alongside of Oddworld in fact!), but in 2004, the series sort of tanked.

Where Reflections failed, Bugbear Entertainment took over the reigns with FlatOut, the spiritual successor to Derby. The FlatOut franchise saw three releases before quietly returning to the shadows in 2007.

Now, it seems as if it’s about to enter the spotlight again, possibly on the PS4, with this new secret trailer for “Next Car Game” from Bugbear Entertainment, using all “in-game footage.” Is it a new FlatOut reboot? Or could it be a Destruction Derby game exclusively on the PS4?

Whatever system it ends up on, I’m beyond stoked. Racing games tend to paint by the numbers a bit too often, and vehicular combat/derby games tend to get ran out of town in this generation. I hope this mystery game delivers, and revitalizes the genre.