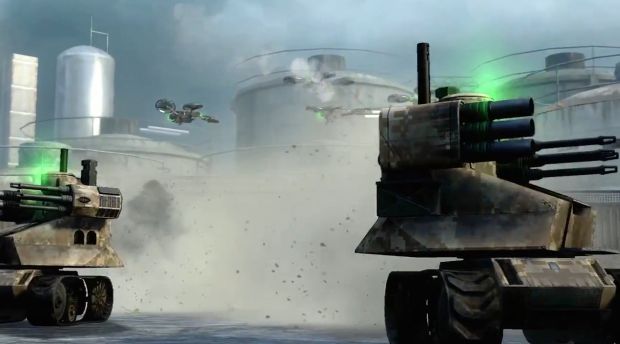 But it may come back someday

Months ago, I played a multiplayer mode in Black Ops II called Hacker, which required teams to take control of several A.G.R Drones on the map in order to rack up the kills. The only weapons available were pistols with very limited ammo and EMP grenades. Players needed to use their EMP grenades to stop the A.G.R Drones long enough so they could be hacked and controlled, and the more under your ownership, the better.

It needed some work — the A.G.R AI wasn’t that great when a bunch of them clumped together, but it was fun and had potential. You may have noticed, however, that the mode isn’t actually in the final product.

As Mark Lamia, head of studio at Treyarch told me, the mode “just wasn’t ready yet. We wanted to give it more time. I wouldn’t say it’s gone forever. I really liked it, and I know a lot of other people did, but you have to prioritize your time at some point. Even though that was pretty developed, we felt like we wanted to keep working on it so maybe the fans will see Hacker at some point.”

Mark wouldn’t specify in what way he hopes fans will see the mode. It could be future downloadable content, or for all we know it could be added in whatever future Call of Duty title the studio works on next. They could sit on the idea and iterate on it more, much like they did with the custom loadouts addition to the campaign. Mark told me that they came up with the campaign loudout idea even before the first Black Ops and “it went through a lot of critical evaluation for a very long time” before they finally brought it into Black Ops II.