Just A Walk in the Park

Every so often I’ll come across an evil new RollerCoaster Tycoon creation that pulls me back in. The lasting power of this game and the imagination and dedication of its players never ceases to amaze.

This park comes to us from RogueLeader23, who has been playing the still relatively new (and surprisingly good!) mobile adaptation, RollerCoaster Tycoon Classic. It’s just a maze. One single, gargantuan maze. Now, that might not sound too impressive or original, but then you see this zoomed-out shot and happen to catch the date on the bottom right. “September, Year 20.” 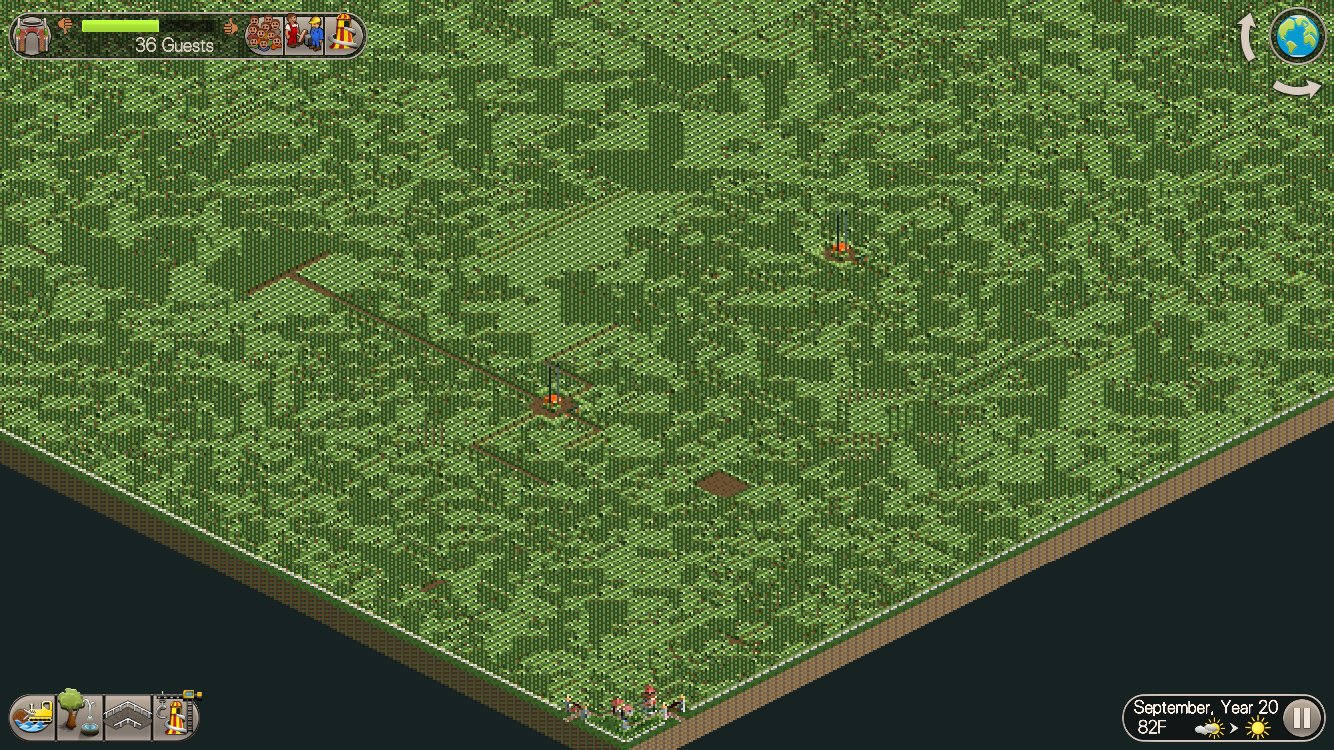 In real-world time, this thing took approximately 14 hours to put together.

“Already known for its extremely hazardous work conditions with over two-hundred employees dying from dehydration, heart failure, lightning strikes and random drownings, and seventy-three employees ending up in mental institutions, The Park was deemed to be a success,” writes RogueLeader.

Now that it’s been painstakingly constructed, the experiments can begin. There’s a fun annotated image gallery of the park (which is fittingly named “Just A Walk in the Park”), complete with an ongoing story about the the first guest, Beverley P., who is years into navigating what will surely be her grave. 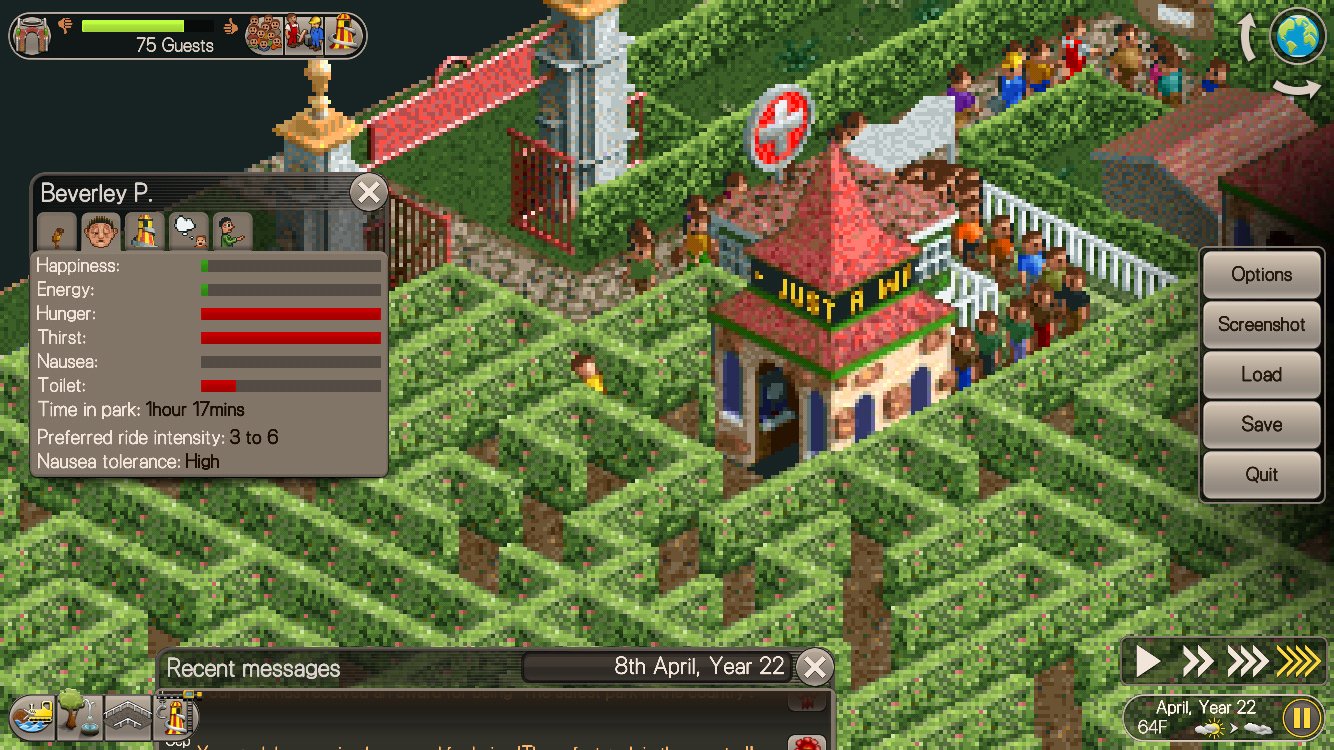 I think this maze should let out into another attraction. Specifically, Mr. Bones’ Wild Ride.

Thanks to Roller Coaster Tycoon’s port to mobile, I finally got to check off one of my gaming bucket list items. A single hedge maze spanning the entire park… [reddit]