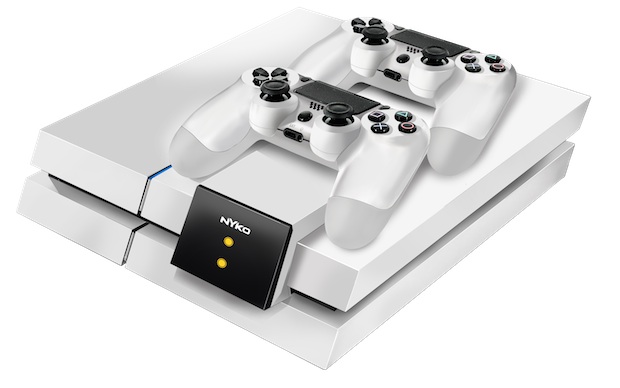 Where do you put your controllers when you’re done with them? I tried one of those cloth- lined baskets, but I found that unless I laid them in there very carefully I’d accidentally hit buttons, turning all of my consoles on. And that would kill my controllers.

Now I lay my controllers on top of their respective game systems; I connect the USB charging cables to them from there. It looks like hell, but at least my systems stay off.

Nyko has a new, white-colored modular charge station for PS4 that snaps right on top of the console, plugging right into the system’s USB ports. It needs no dongles or power cords to charge the controllers, charging two DualShock 4s simultaneously. I somehow missed the black one, so I’m glad this announcement came my way today. I really want that white PS4, so it’s nice to see that this matches perfectly.

The Nyko Modular Charge Station for PS4 will be priced at $24.99. Nyko will show off this new charge base at this year’s GameStop Expo, set to kick off in early September.