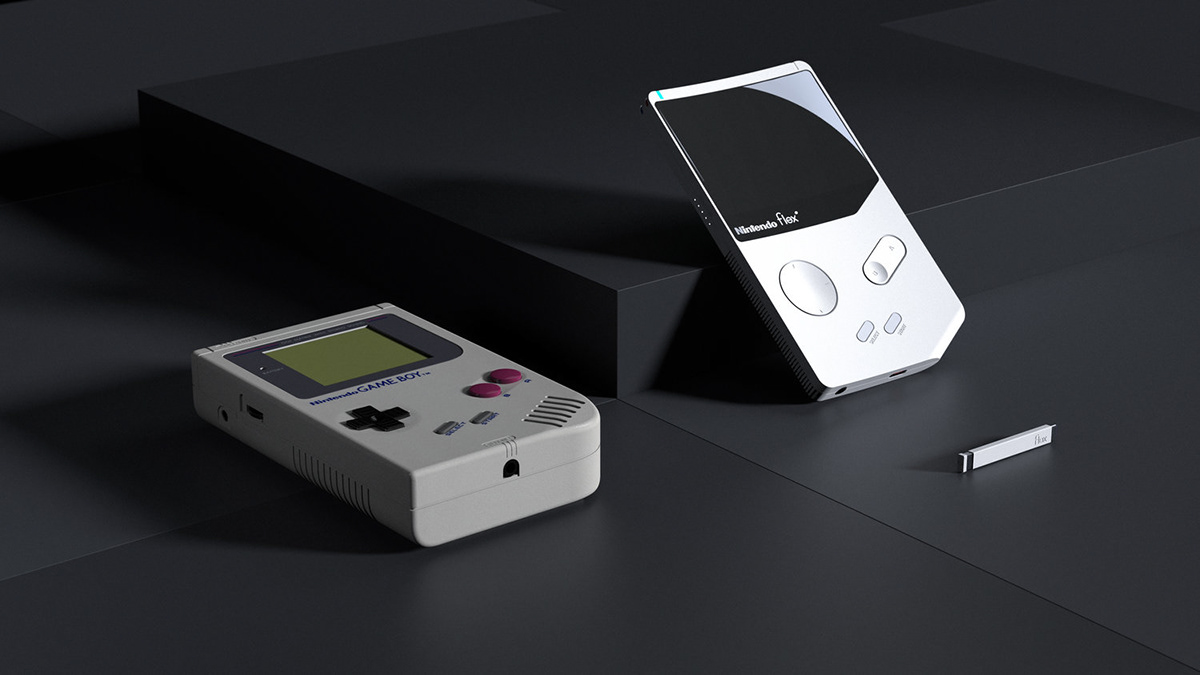 I can’t get enough of unofficial console/portable mockups.

Although opinions wildly vary from system to system (official or otherwise), for the most part, I’ve been happy with Nintendo’s portable line for the past 30 years since the Game Boy debuted. There’s certainly been some refinements (like the SP for the Advance generation) but I don’t have a major problem with any first iteration Nintendo portable.

This concept from designer YJ Yoon is called the “Flex,” and basically rethinks the launch of the OG Game Boy. It sports a black and white color scheme with a curved display, grooved back a cartridge lock (when turned on) and new speaker placement that isn’t blocked by your palm.

Before the “it stinks!” crowd comes out I will say that I’d love to have this as an “alt” Game Boy design. Of course the d-pad and buttons look like they might be a problem, but I really do like the look of it, and if Nintendo actually made this it would likely be something that would hold up for years on end. Every single one of my many Game Boys, GB Colors, Advances and DS units still work to this day.