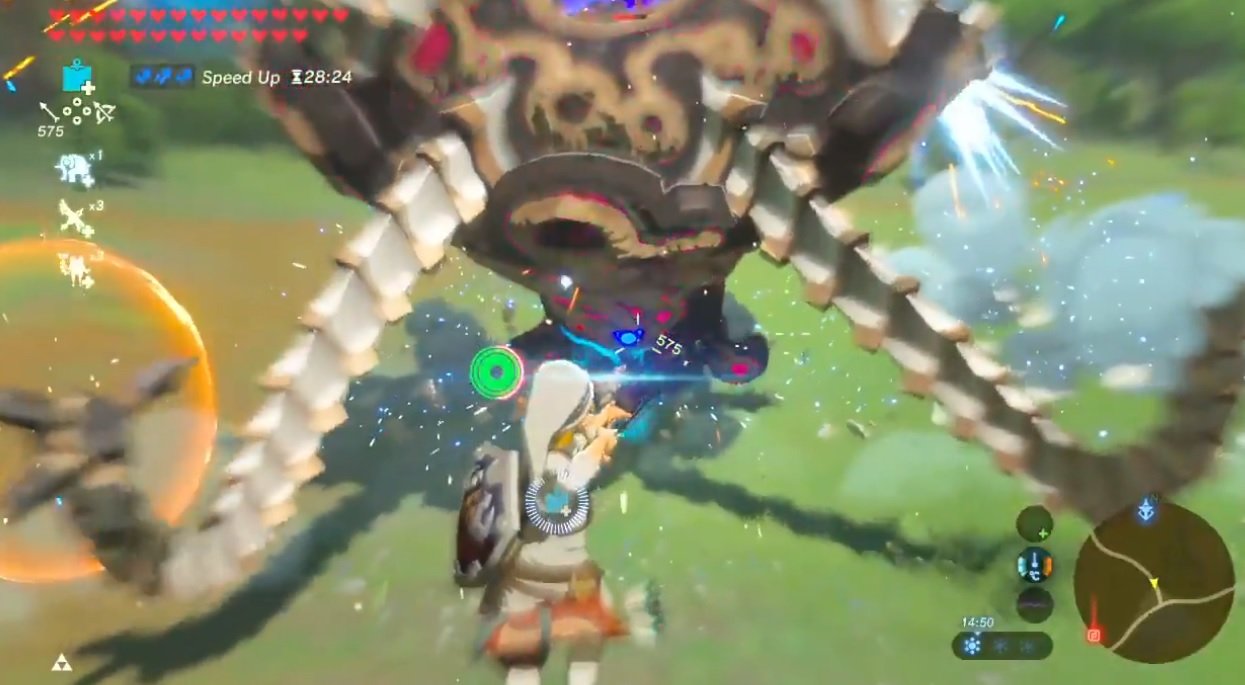 pasunen is a legend of Hyrule

Any excuse to still talk about Zelda: Breath of the Wild.

A lot of folks are actually picking it up for the first time in the quarantine, which has led to all sorts of new clips and discoveries. While the below video from Reddit user pasunen probably isn’t a new player experience, it’s one of myriad new activities worth sharing.

Simply titled “Guardian kill,” Link rolls up to one of the game’s biggest baddies like a boss, then instantly starts rocking it with a white suit. The perfect boomerang aim is the best (it comes back at the end!), as is the systematic dismembering of limbs. It’s very short (clocking in at 20 seconds), but you’ll probably watch it multiple times just to appreciate all the levels of carnage. If you dig this video, here’s a killer action montage, a clip where someone takes on a small army of enemies and wrecks them and a badass motorcycle fight.

I sincerely remember how it felt to walk across these great plains for the first time, and the utter terror that washed over me when I tangled with my first Guardian: I ran for the hills like my life depended on it. But I also recall the moment where I basically turned into the Link you see before you, ready to confidently take on the menace that plagued Hyrule.

I think of that moment fondly whenever I look at my Guardian amiibo on my shelf!