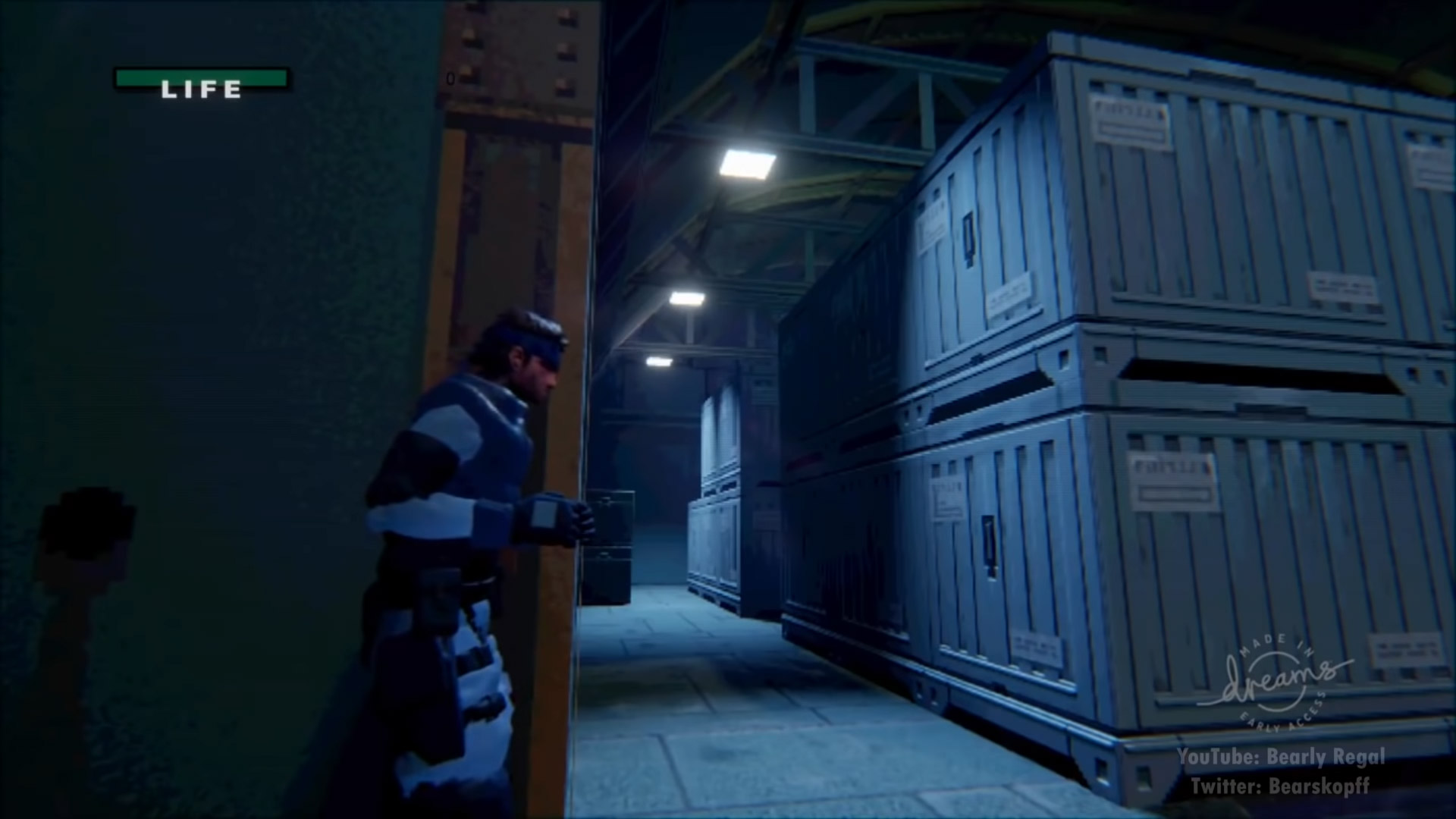 Kojima gave it a thumbs up, rainbow, and snake emoji

When folks aren’t whipping up their own imaginative art in Dreams, they’re often using the game’s powerful creation tool set to express their love of shows, movies, and of course video games. It’s only natural. As much as I like to play spontaneously with no other goal in mind other than to follow whatever idea might pop into my head at any given moment, recreating existing works is an enjoyable way to learn the tools and figure out the bounds of what’s really possible inside Dreams.

As creators like Bearly Regal have shown us, the answer is a hell of a whole lot. His Metal Gear Solid HD remake is well underway and even as a brief glimpse of what lies ahead, it’s something to be proud of. “The last video that I shared was version one,” he explained. “This was version god-knows-what.”

Through his initial work on the Metal Gear Solid tribute, he’s already come away with valuable techniques. It’s not enough to visually replicate a container in that iconic PS1-era style – you’ve also got to do so in a memory-efficient way. The more you learn, the more you want to iterate. Responding to a request for a tutorial on saving system resources in Dreams, Bearly Regal said: “You’re not the first person to request this so definitely – just need to buy some decent recording equipment first.”

After watching the video, the obvious question is “what’s next?” The creator intends to tackle environmental details like ripples and rats, characters including guards and his own personal take on Snake (the one in the video is a remix), and sneaking and stealth animations. “Once those core elements are in place I’ll be looking to craft the next environment; the helipad area,” he said. “Should be interesting given the scale of it compared to this port/dock area. Hopefully it goes smoothly…”

One thing’s certain: this project is going to be a group effort. “If you play Dreams on PS4 and want to join me in my crusade of remaking Metal Gear Solid for this generation, then please get in touch.”

I can’t wait to see how the codec conversations turn out.