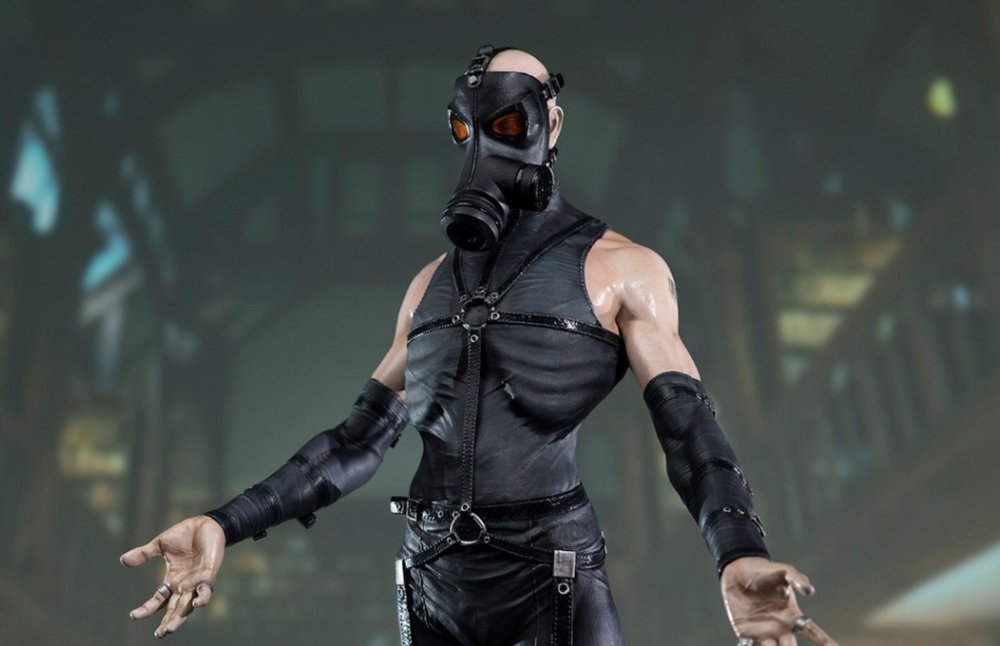 First 4 Figures has revealed the second statue in their ongoing Metal Gear Solid range. They’re turning to the game’s cast of unforgettble villains for this latest release, a finely-detailed statue of FOXHOUND’S mind-melter, Psycho Mantis.

Standing a huge 26 inches in height, Psycho Mantis is depicted levitating among the ruined bookshelves of the office in which many a Metal Gear fan has battled the psychic foe over and over again. Mantis is available for pre-order in three formats; Regular, Exclusive and Optic Camouflage.

Regular and Exclusive are similar in all sense, but the latter includes an interchangeable head-sculpt, allowing you to view Mantis sans gas mask and see the years of horror etched into his visage. The Optic Camouflage edition features the statue in translucent form, reflecting Mantis’ cunning stealth tactics in battle. All three formats will run you around $525 each, not including shipping.

You can check out the tortured one over at the official First 4 Figures website. Pre-orders for the Exclusive and Camouflage editions close September 18, with Psycho Mantis expected to ship sometime in the third quarter of 2019.