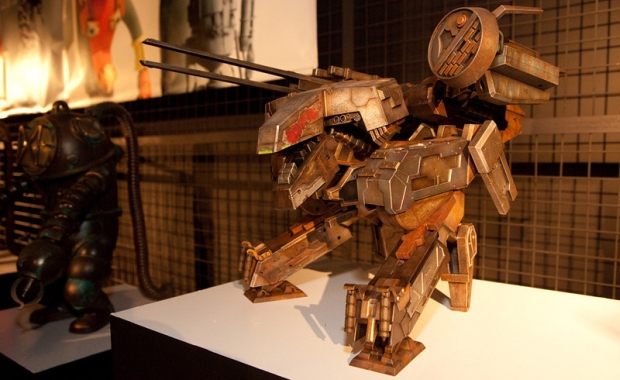 Sister site Tomopop brings us word of a Metal Gear Solid Rex figure on the way from 3A toys. The photos come from a poster on Toyark and not much is known about the toy other than that it’s bad ass looking. It’s being speculated that the figure will be over a foot high and again, it looks bad ass.

Rex, for those of you that don’t know and to fluff up this post with another paragraph, served as the back drop for the final battle in Metal Gear Solid with Solid Snake, Liquid Snake and Revolver Ocelot. Tomopop speculates that this is the Metal Gear Solid 4 version of Rex judging by the weathered paint. I’ll take Jason’s word for it as I’ve never played any of the Metal Gears.

Yeah yeah, I’ll get to them one of these days. Until then, get a better look at the figure from the links above. Did I mention how bad ass it looks?