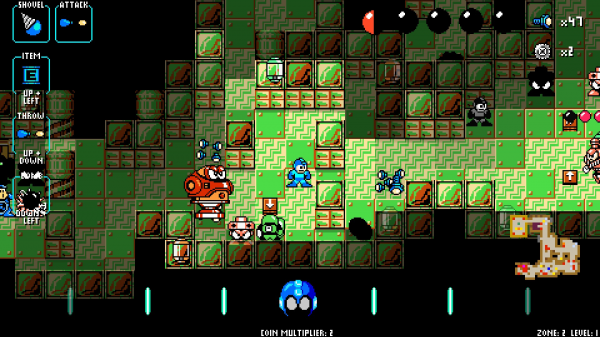 You’ve probably seen Crypt of the NecroDancer, the rhythm based roguelike dungeon crawler that recently released on Steam to positive reviews, but not like this. Crypt of the MegaDancer is a full conversion that gives the entire game a coat of Mega Man paint! The mod still uses the NecroDancer music, but classic 8-bit sound effects are included. It looks like there are multiple playable characters, and various boss battles judging by Bass and Splash Woman’s appearances in the trailer.

Owners of the game can easily install the mod from directly in Steam at no cost. Mega Man fans probably grab it before Capcom catches wind of it, though it has been amicable to fan made games in the past.