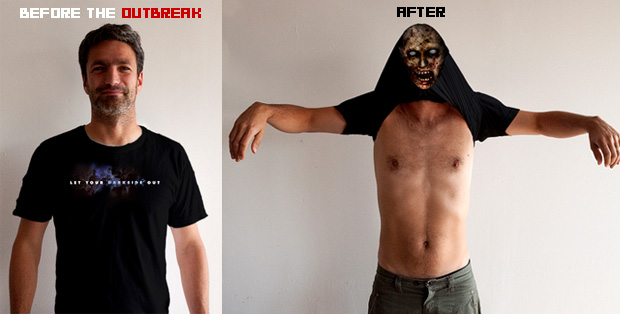 When it comes to videogame-related t-shirts, there seems to be a hell of a lot more crappy designs than there are good ones. Slapping a giant, usually unattractive game logo on a black shirt? I’ll wear it to the gym, maybe, but you’d be seriously pushing your luck.

This fine product from Capcom, on the other hand … wow. How can you say no to that? Comic-Con attendees can get one of these bad boys for simply playing a co-op level in Resident Evil: The Darkside Chronicles. Sounds easy enough, right?

For the full details, go give Capcom-Unity a once-over. If you think this subject matter is more up Hamza’s alley, you aren’t alone. I suggested he do the post, but instead he had to be a total jerkface and tweet about his recent successes rather than pay attention to my advice.

You all have my official permission to go message him so his account gets clogged up. Just sayin’.