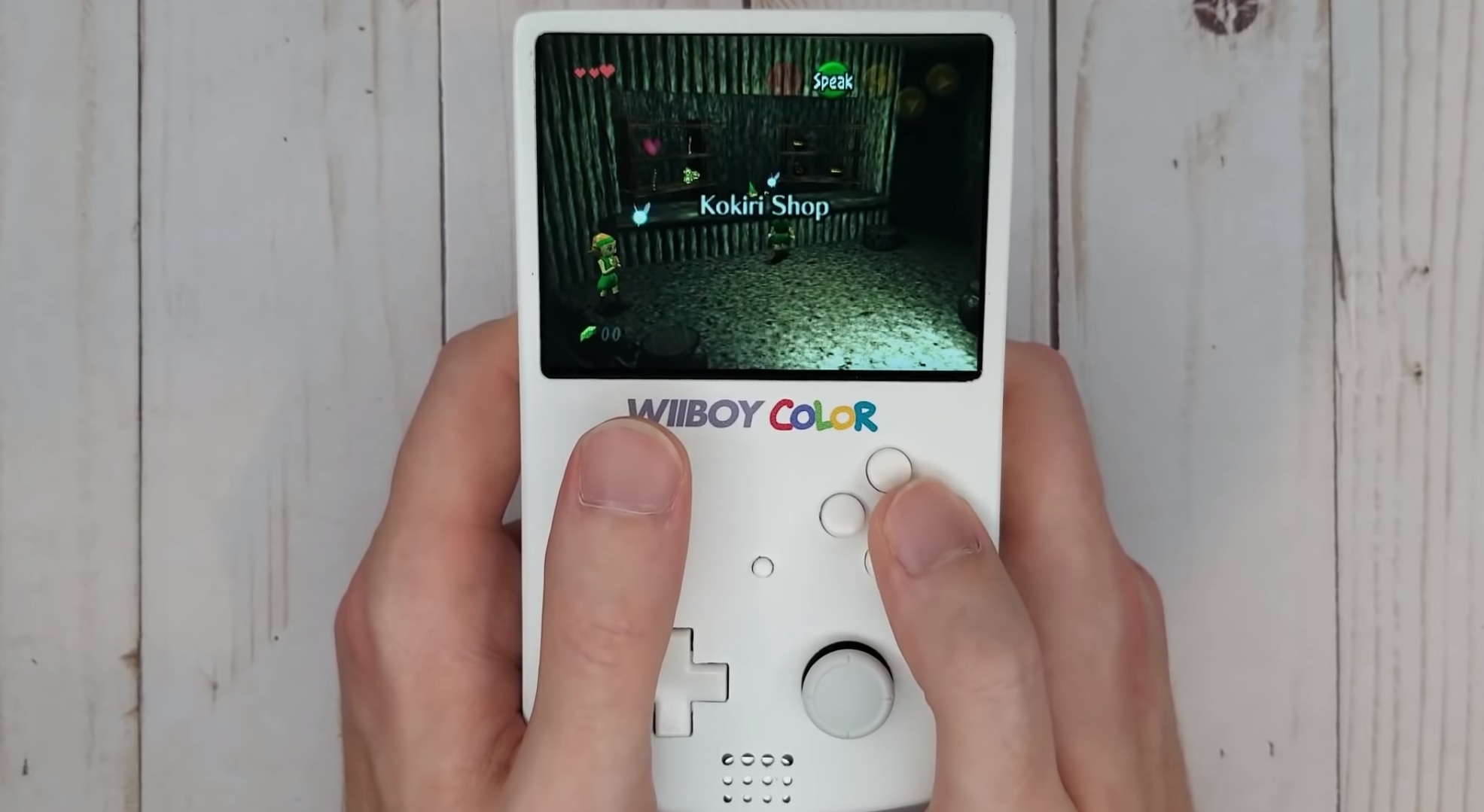 A lot of people here likely have fond memories of their Wii. But older generations can recall some of Nintendo’s bygone systems, like the fantastic and time-tested Game Boy Color. This mod from creator GingerOfMods marries both worlds into one impressive system.

They call it the WiiBoy Color. The front of the system is a 480p screen, with inputs Frankensteined from DS Lite buttons and Switch joysticks. GingerOfMods hacks the system to allow GameCube controls to mirror Wiimote controls: which can also simulate waggling. The back has a fan intake and Z buttons, with a headphone jack on the side and a USB-C port on top for charging and data transfer.

GingerOfMods can simply add games via USB when they want. It’ll run for “two or three hours,” but you can also hook up a portable charging bank to it to keep going. Plus, they can plug the portable directly into a Wii to play on a bigger screen: Switch style!

This is one of the most impressive hardware mods I’ve seen in recent years. I like the commitment to the form factor of the Game Boy Color the most: it looks incredibly sleek. GingerOfMods says that you can reach out to them via their Instagram or Twitter account if you want to buy it; but it’ll cost you a “premium.”

Filed under... #Offbeat#retro#Things gamers do