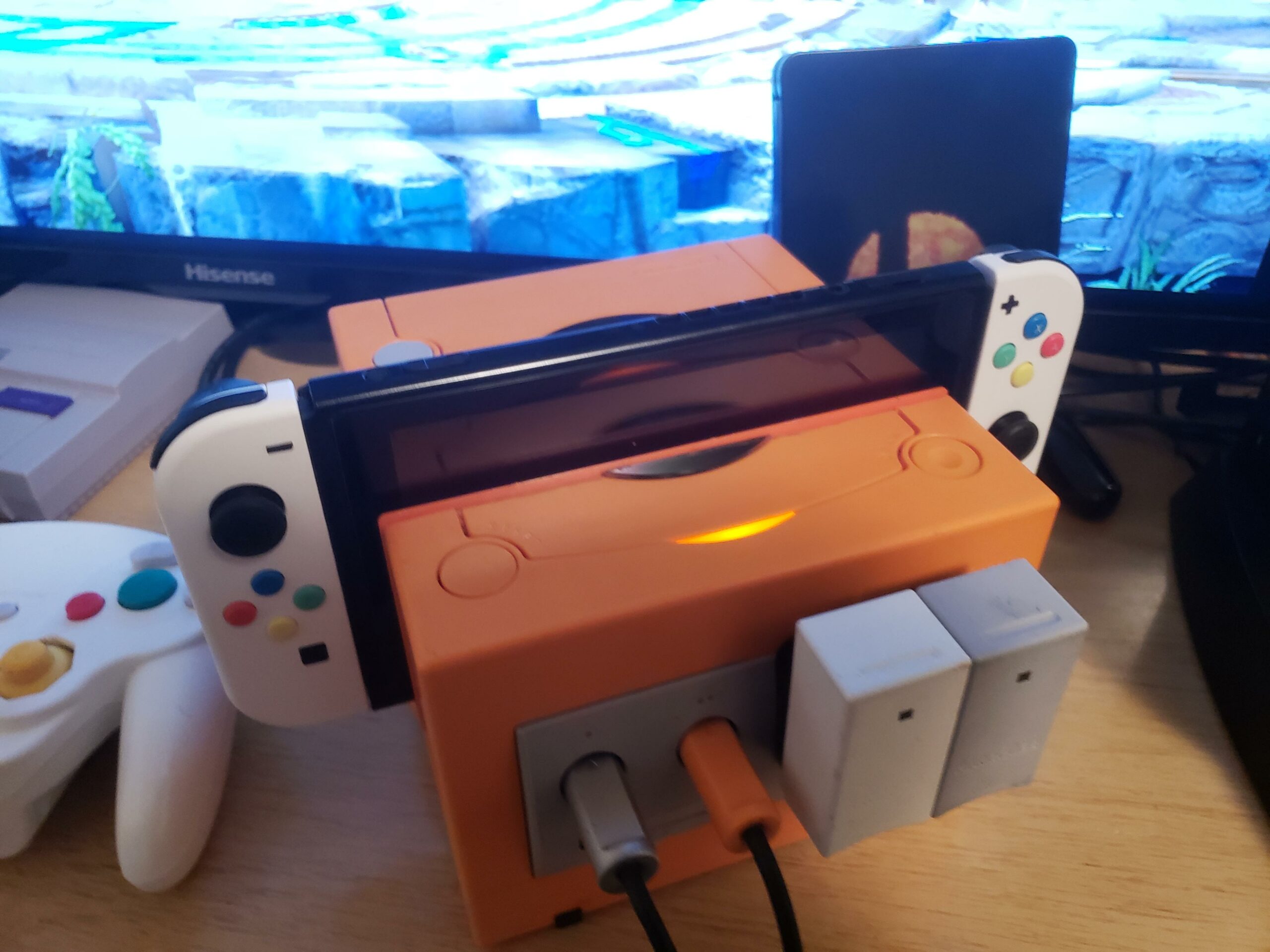 Yep, a dock for their Switch

This little old post from Littlewolf128 hit me like a ton of bricks. Yeah, I definitely want a GameCube dock for my Switch, especially when the GameCube controller ports actually work by way of the GC to Switch adapter!

Digging into the comments, it seems as if Littlewolf128 taught themselves to solder and worked on the project for a little over a month. They claim that it took “just about [$200] in parts, if not more.” Their inspiration came from the Rated-E Mods channel, which created one of the first GameCube docks for Switch.

I’m in love with the sheer number of color combinations this DIY project has, from the Joy-Con to the GameCube itself.