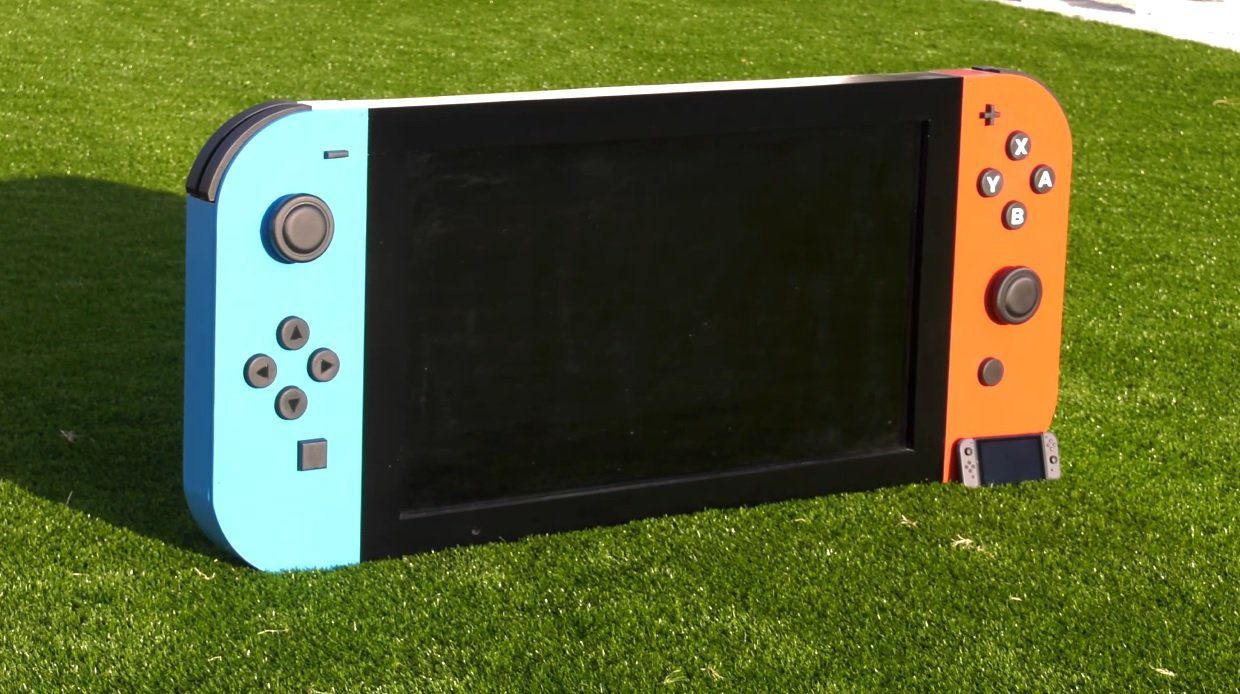 You can use the giant buttons

YouTuber Michael Pick managed to craft a gigantic Nintendo Switch that actually works. So how did Pick do it? Well, there’s a very breezy and informative roughly four-minute video to catch, but here’s a quick overview.

In short, it’s a Switch hooked up to an embedded 4K screen. Basically, the giant thing has working buttons, but for ease, you’re going to want to hook up something like a Pro Controller to it. At 2:38 in the video Pick opens up the “Joy-Con” to show the internal wiring. Real Joy-Con are mounted inside each faux giant Joy-Con, with servos that control the overarching “giant Switch.”

The entire rig is 65 pounds, has a 4K display, and clocks in at 30 inches high and 70 inches wide. The story doesn’t just end there either! Pick donated the giant Switch to Saint Jude’s Children’s Hospital.

This reminds me of when my old gaming crew would hook a game up to a projector and play it on the side of a building, or in a movie theater. As someone brought up in the comments of the YouTube video, one really cool way to use this giant Switch would be for a co-op game that tasks players with using the same controller: having two people negotiate the giant Joy-Con would be a fun team-building exercise.