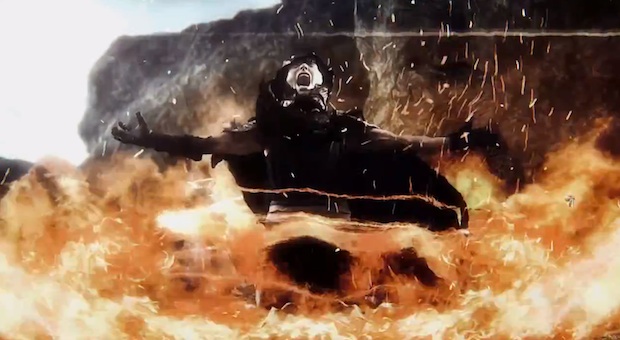 It’s almost like they’re rubbing it into our faces. You don’t have Vita game Soul Sacrifice yet (it’s coming later this Spring), and here we are casting swirls of sacrificial live-action fire around our bodies in celebration.

I’ve watched this new commercial for Keiji Inafune’s upcoming action RPG a few times because it’s so funny. During this last viewing I realized that that fire swirl guy is an uncooperative asshole. Where was he during the team attack? He just wanted to show off.

Oh, Ice and Fist? Cool. Whatever. Check this sh*t out!