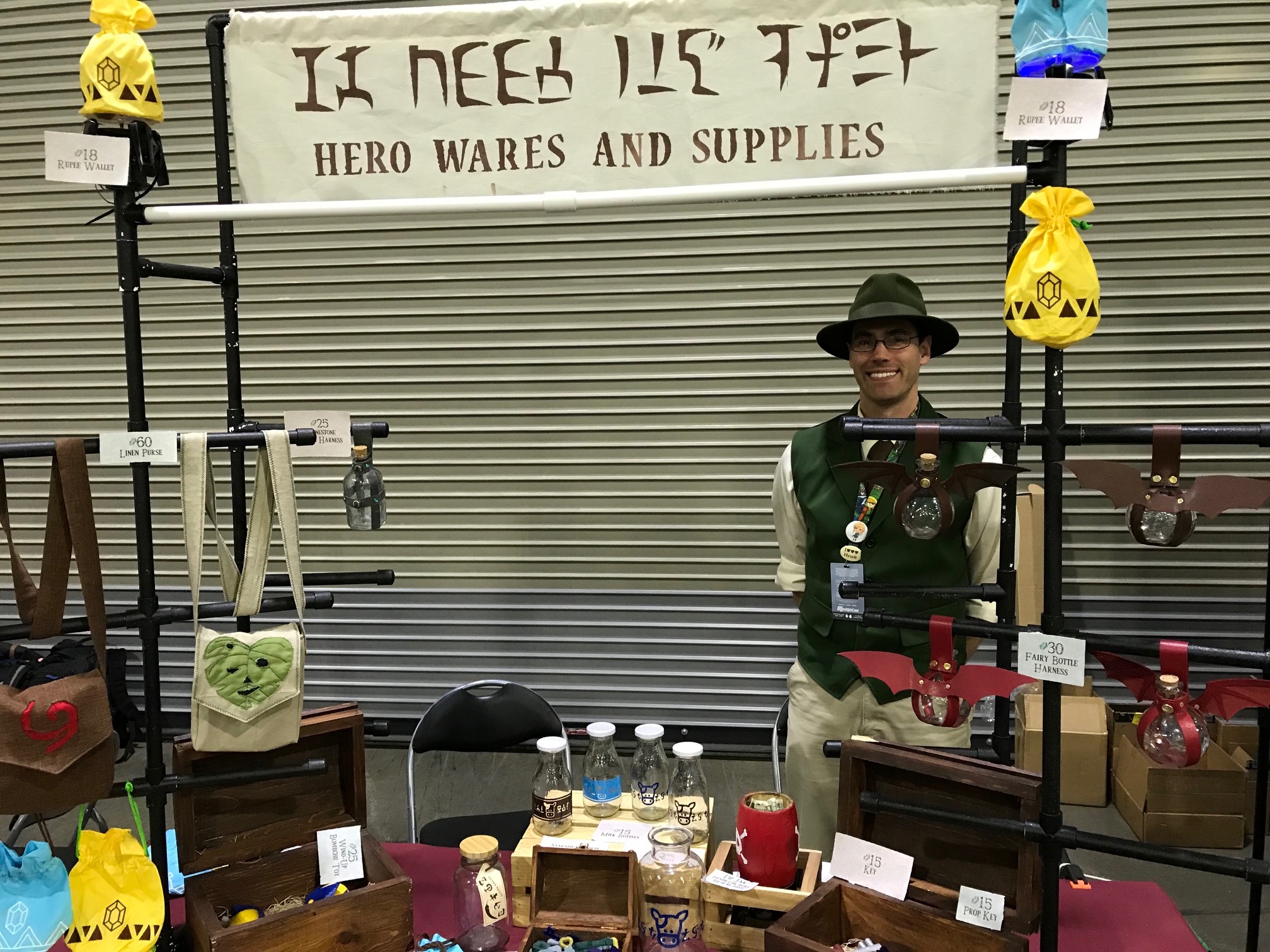 I’m at MomoCon this weekend in Atlanta Georgia for the purposes of judging the Indie Gaming Showcase this year (which they provided travel for), and happened to come across an amazing booth that I just had to share. Titled “Hero Wares and Supplies,” the entire space is set up like a Zelda vendor, right down to the outfit of the man who runs the thing, “DerGrundel.”

Everything from Bombchus to Hateno/Lon Lon milk jars are for sale, as well as Rupee purses and an assortment of Link sundries. One of my favorite touches? The little tip jar that states “because Link broke our pots.” While most stands have the standard fairy/potion bottles there’s a few more obscure items on offer on his storefront like a hookshot [convention] badge holder. The commitment to the whole thing, from the rotating rupee stands to the outfit, really sells it.

If you’re at MomoCon now you can check the stand out for yourself in the back left corner of Artist Alley. You might also be able to catch DerGrundel at mostly west coast-focused tradeshows, but you can check out his Etsy store anytime.